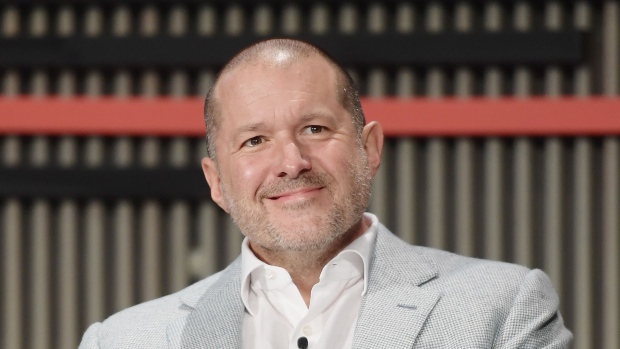 The San Francisco-based company, which is planning to go public later this year, on Wednesday said the multiyear deal will be a “special collaboration” that will see Ive and his firm help develop Airbnb’s internal design team. In a blog post announcing the move, Airbnb Chief Executive Officer Brian Chesky said he and Ive are longtime friends.

Airbnb has pushed design to differentiate itself in the online rental booking space. The company has its own typeface and highlights redesigns to its website and mobile apps. It also has a Backyard group within its Samara experimental product team that is developing homes. Ive’s expertise in product design could assist those efforts.

At Apple, Ive was responsible for the design of several generations of the iPhone, iPad, Mac and Apple Watch and was known as Apple co-founder Steve Jobs’s “spiritual partner.” He was also key in the design of Apple’s new Cupertino, California campus and redesigns to retail stores.

Ive has also pursued personal projects, designing traditional cameras, a diamond ring that sold for over US$250,000, a modern desk, Christmas tree and bathroom appliances. Ive launched his new company, LoveFrom, with Marc Newson, another veteran designer who worked on a few projects at Apple.

Airbnb did not disclose the financial details of its agreement with Ive. He isn’t the first former Apple designer to partner with Airbnb. Miklu Silvanto, who worked under Ive at Apple for years, was the head of interaction and industrial design for Airbnb’s Samara group for about a year. He left in April.

Ive left Apple last year, and Airbnb is one of the first companies to say it’s working with him. Apple previously said it would continue collaborating with Ive via his new company. Angela Ahrendts, who also left Apple last year after running its retail operations, is on Airbnb’s board of directors.