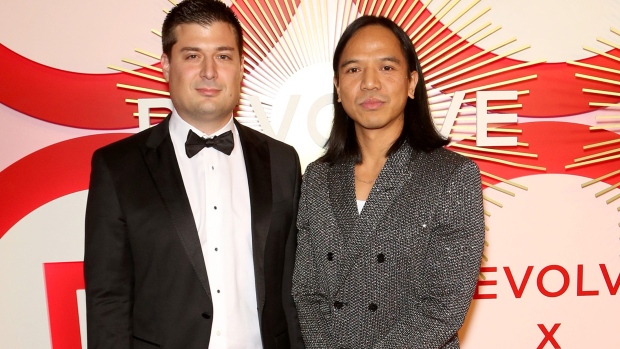 That rapid turnover and its use of social media have made Revolve one of the best performing initial public offerings this year and created a US$1.5 billion fortune for founders and co-Chief Executive Officers Michael Karanikolas and Michael Mente.

Revolve markets its changing lineup of trendy fashions through a network of 3,500 so-called influencers -- including Kendall Jenner -- and more than 3.2 million Instagram followers. Mente, 38, handles marketing and fashion lines, while Karanikolas, 41, oversees technology and logistics.

Shares of Cerritos, California-based Revolve have more than doubled since their June 6 IPO and were up 4.2 per cent to US$38.59 at 12:10 p.m. in New York, giving the firm a market value of about US$2.7 billion. Only Beyond Meat Inc. and Cortexyme Inc. had better U.S. debuts this year.

Karanikolas and Mente own a combined 56 per cent stake in the millennial-focused e-commerce company and control more than two-thirds of the firm’s voting shares through a separate entity called MMMK Development. Mente owns an additional 1.4 per cent stake outside of MMMK, according to a regulatory filing.

Revolve’s offering follows a September listing by luxury-clothing platform Farfetch Ltd., which raised US$855 million in its IPO. Three other e-commerce companies have gone public in the U.S. this year, pulling in a combined US$471 million, according to data compiled by Bloomberg.

Before starting Revolve in 2003, Karanikolas and Mente both worked at NextStrat, a now-defunct California-based software firm. The pair saw an opportunity in online fashion sales, then spent the first few years persuading clothing companies to let them sell their products on Revolve. They have since added their own lines, with about 79 per cent of sales at full price, according to the filing.

Net income increased almost fivefold last year to US$30.7 million on sales of US$499 million, according to the filing.

“The future includes a lot of what we have right now,” Mente said in an interview last month. “Everything we’re doing right now is working very well.”