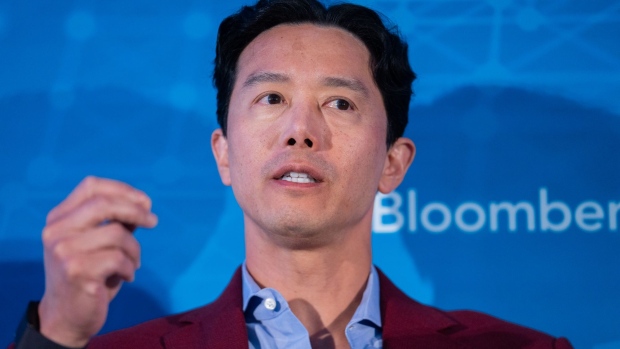 John Wu, president of Ava Labs Inc., speaks during the Bloomberg Crypto Summit in New York, US, on Tuesday, July 19, 2022. The Bloomberg Crypto Summit brings together top names from the worlds of tokens, blockchain, Web3, NFTs, decentralized finance, economics, investing, venture capital, and more to talk about whats real and whats speculation, and what smart money should know about the next phases of growth in this ascendant industry. , Bloomberg

(Bloomberg) -- Ava Labs President John Wu said cryptocurrency “staking” is “a different construct” that does not exist in traditional finance even as regulators indicate the practice could make some digital assets more akin to traditional securities.

Wu told Bloomberg TV on Tuesday that some, although not all, digital currencies are likely securities. Last week, Securities and Exchange Commission Chair Gary Gensler signaled that the Ethereum upgrade could lead to tokens being considered securities. Gensler stopped short of calling out specific coins.

“You’re kind of putting labor to work,” says Wu. “You’re putting collateral down to get yield. So it’s a hybrid, so maybe it should be income for work that you contribute, as opposed to a security.”

Regulatory focus on ‘staking’ has intensified amid Ethereum’s software upgrade, dubbed the “Merge.” Completed last week, the change transitions the network from a “proof-of-work” model to a “proof-of-stake” one. As a result, Ethereum now allows coin holders to put up, or stake, digital tokens to validate transactions on the Blockchain in exchange for Ether.

That distinguishes the network from other blockchains like the one on which Bitcoin runs. That system relies on a proof-of-work model and requires intensive computing power to validate transactions.

Wu said the “Merge” will not affect “layer 1” coins in the short term, adding that any scalability issues would be addressed in 2023.

Avalanche, Ava Labs’ digital token, sank as much as 3.5% to $16.58 on Tuesday, in line with a broader dip in crypto markets.

(Corrects headline and first paragraph of a story published Sept. 20 to clarify Wu’s view on staking and regulation.)