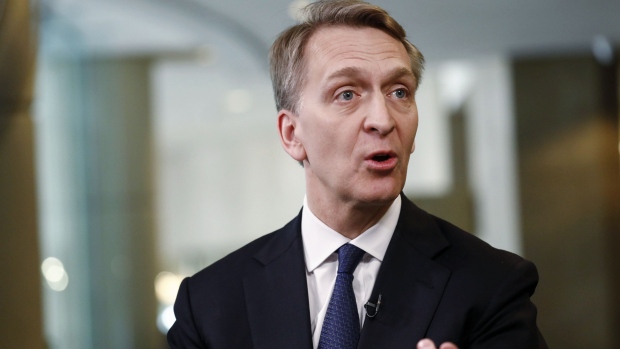 Working from home is overrated and everyone will be back in the office before you know it.

In today’s climate, with an election just days away, that could be a political statement. But for Bruce Flatt, chief executive officer of Brookfield Asset Management Inc., it’s his contrarian outlook on the pandemic, and a rationale for why he’s ready to spend billions of dollars on real estate in the next 18 months.

He dismisses the flight of young families to the suburbs as an “anomaly” and the permanent work-from-home policies popular in Silicon Valley as impractical because “the efficiencies are not even close” to being in a shared workplace. If anything, he said, tech companies are leasing or buying more downtown space, not less.

Flatt -- who oversees some US$200 billion of commercial property, including dozens of office towers -- argues big cities are resilient: London survived the Blitz during World War II, and New York bounced back from the 1918 Spanish Flu, the terrorist attacks in 2001 and Hurricane Sandy in 2012.

“People like to associate with other people, they like to be the ‘in’ thing, there are jobs and employment, they can walk to work, they can do all the things that come along with it, and this is not stopping it,” Flatt said in a Bloomberg Front Row interview. “These cities are not going away.”

Flatt said corporate tenants overwhelmingly want people at their desks. Brookfield, like other firms with a stake in the real estate industry, was among the first employers to repopulate its Manhattan offices, sending hundreds of workers back starting in June.

With COVID-19 cases reaching new records in the U.S. and spiking around the world, Flatt’s confidence in a return to pre-pandemic norms stands out, and it may be wishful thinking. But Brookfield -- manager of US$550 billion in real estate, infrastructure, renewable energy, private equity and credit -- has historically made money on the out-of-favor, buying what others need to sell at bargain prices.

Brookfield’s 2019 acquisition of a majority stake in Oaktree Capital made it the second-largest manager of alternative assets after Blackstone Group Inc. It’s now planning a major expansion into insurance, impact investing, technology and limited-partner interests.

“Will we have US$1 trillion of assets in five years? Probably,” he said.

Armed with about US$80 billion of balance-sheet capital and “dry powder” in funds raised from Brookfield clients, Flatt said he expects companies and investors to dump assets they no longer can afford after borrowing heavily to make it through the coronavirus lockdowns. Governments running unprecedented deficits because of stimulus spending will accelerate privatizations of state assets.

Another reason to buy: Flatt anticipates a dramatic repricing of commercial real estate with central bank interest rates frozen at zero for the foreseeable future. An office building that was worth US$1 billion before the pandemic could soon fetch more than double that as investors starved for yield pay up for cash flows generated by long-term leases, he said.

“The capitalization rates, or the multiples, are coming down, which means the values are going up,” Flatt said. “It’s just starting, and it hasn’t started in New York because assets aren’t trading, because people, they’re not comfortable yet.”

For now, markets reflect a more pessimistic outlook. Shares of Brookfield have slumped 30% since late February, while an index of U.S. property-owning real estate investment trusts is down almost 20 per cent.

Starwood Capital Group CEO Barry Sternlicht said in June that the coronavirus had left New York at a “tipping point” and predicted an exodus of wealthy residents as taxes rise and services decline.

While Brookfield is poised to benefit from shifts spurred by the pandemic, such as growing demand for data centers and sustainable power, some 20 per cent of its business is still struggling to varying degrees.

Flatt said he struck a deal with the Bahamian government to reopen the 4,000 rooms at the company’s Atlantis resort on Paradise Island as of Dec. 1. Guests, flown in on chartered planes and tested for the virus on arrival, can live inside a safe “bubble” and won’t have to quarantine.

Brookfield also has joined forces with rival shopping-mall operator Simon Property Group Inc. to buy three of their largest tenants, Aeropostale, Forever 21 and J.C. Penney Co., out of bankruptcy. It’s part of a strategy to make Brookfield one of the survivors in a shakeout that Flatt predicts may wipe out half the retail space in the U.S.

“There will be consolidation, and the best will get better and the worst will go away,” he said. “If you have a poorly located retail center with some tertiary tenants, you’re probably going to lose them all, and it will get plowed down and become something else.”