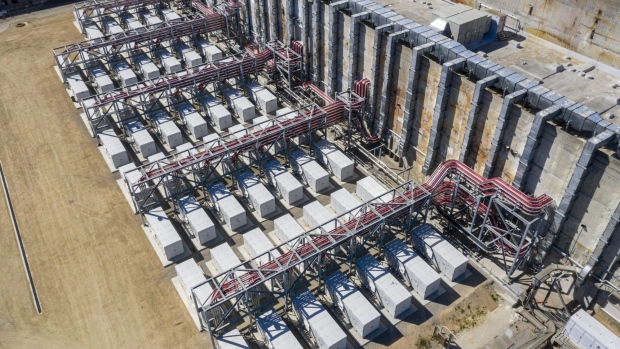 (Bloomberg) -- Even with a battery boom underway in California, the state predicts a power supply shortfall may worsen next year in extreme weather conditions like the heat waves and drought seen this summer.

The California Energy Commission’s summer reliability assessment for 2022 shows there may be up to a 5-gigawatt shortfall on the grid, Marybel Batjer, president of the California Public Utilities Commission, said in a filing Tuesday. That’s electricity needed to power about 3.75 million homes.

California has been working to boost energy storage with historic heat waves, drought and wildfires straining the power grid. In fact, the state had planned to add 2-gigawatts of batteries by August. But with extreme weather persisting, Governor Gavin Newsom declared a state of emergency on July 30 to free up even more energy supplies and further speed the development of new power plants. At the time, he cited shortfalls this summer of as much as 3.5 gigawatts in late afternoons.

To help ensure reliability for next year and in 2023, the PUC is seeking to increase energy storage, programs that curtail consumer demand, the use of electric vehicles, new rates and more flex alerts, Batjer said. The Energy Commission is expected to present its analysis at a PUC meeting later Wednesday.