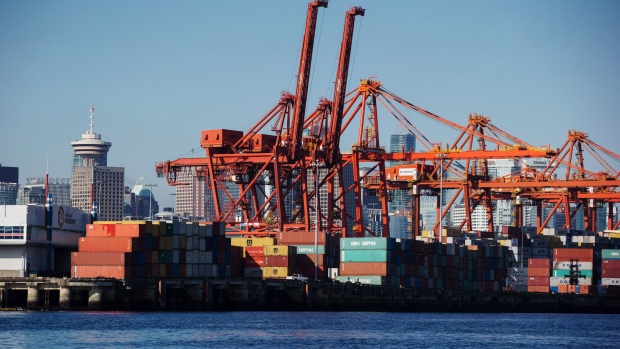 The nation posted a $1.1 billion trade gap in October, from a revised $1.2 billion in September, Statistics Canada said Thursday in Ottawa. The result beat economist expectations for a wider deficit of $1.5 billion.

Both imports and exports rose, in both volume and nominal terms. Canadian exports rebounded from a dip in September on a gain in shipments of consumer goods -- mainly fine art -- as well as energy and metal products. Partially offsetting the overall gain was a decline in agricultural products, mostly on lower shipments of soybeans to China. Motor vehicle exports were also lower, coinciding with a labor dispute at General Motors in the U.S.

Canada’s trade surplus with the U.S. widened to $5.5 billion, marking its strongest balance with its biggest trading partner since the 2008 financial crisis. Exports to China, meanwhile, plunged 19.3 per cent, the sharpest drop since 2012, amid a diplomatic feud stemming from Canada’s arrest of a top Huawei Technologies Co. executive on a U.S. extradition request that was followed by various import bans in Beijing. 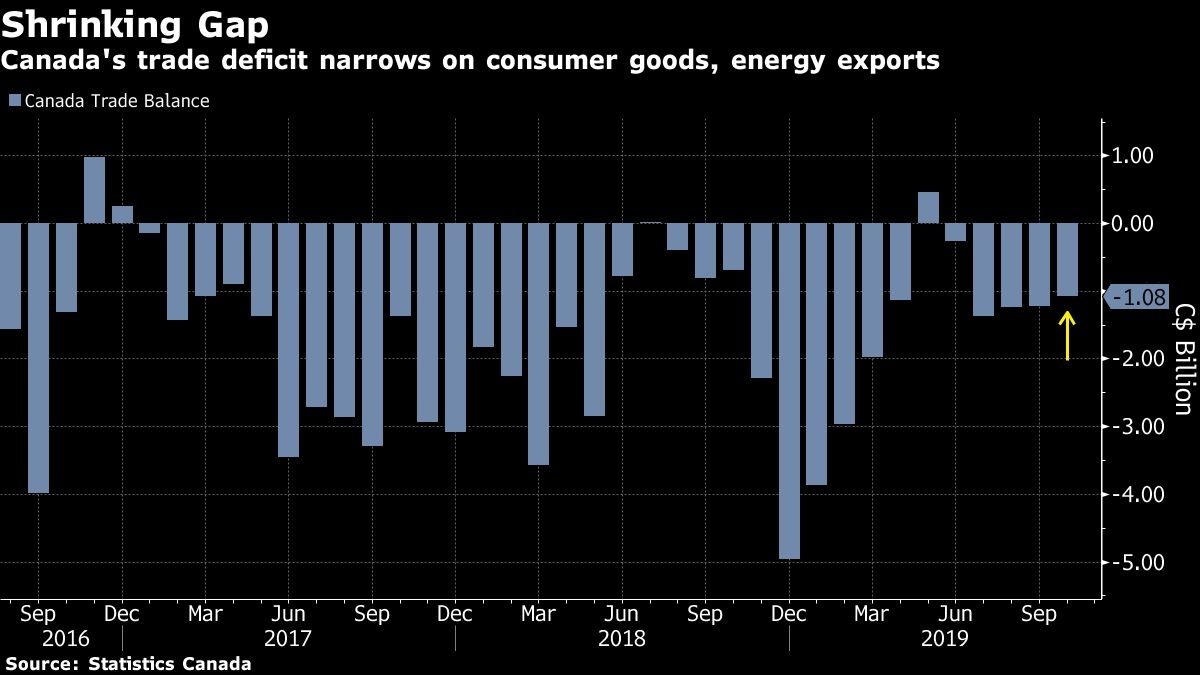 The trade report comes on the heels of the Bank of Canada holding its benchmark interest rate steady for a ninth straight decision. Policy makers said Wednesday a recovery in global growth “appears to be intact,” even as trade tensions remain the biggest source of risk to the national economy.

September’s trade balance had initially been reported as a gap of $978 million. The statistics agency also revised all merchandise trade data back to 2016.