We could see US$100 oil by the end of this year: Eric Nuttall

Canada’s oil companies are outperforming their energy-producing peers as the highest oil prices in seven years brings a windfall of cash.

The combined shares of five of the largest oil sands companies have outpaced the broader S&P 500 Energy Index over the past three months, data compiled by Bloomberg show. The 25 per cent surge comes as U.S. crude oil prices approach US$90 a barrel for the first time since 2014. Benefiting from relatively low operating costs, Canadian oil sands producers including Suncor Energy Inc., Cenovus Energy Inc., Canadian Natural Resources Ltd., Imperial Oil Ltd. and MEG Energy Corp. have been padding their cash balances, allowing them to pay down debt faster than expected and return more money to shareholders through buybacks or increased dividends. 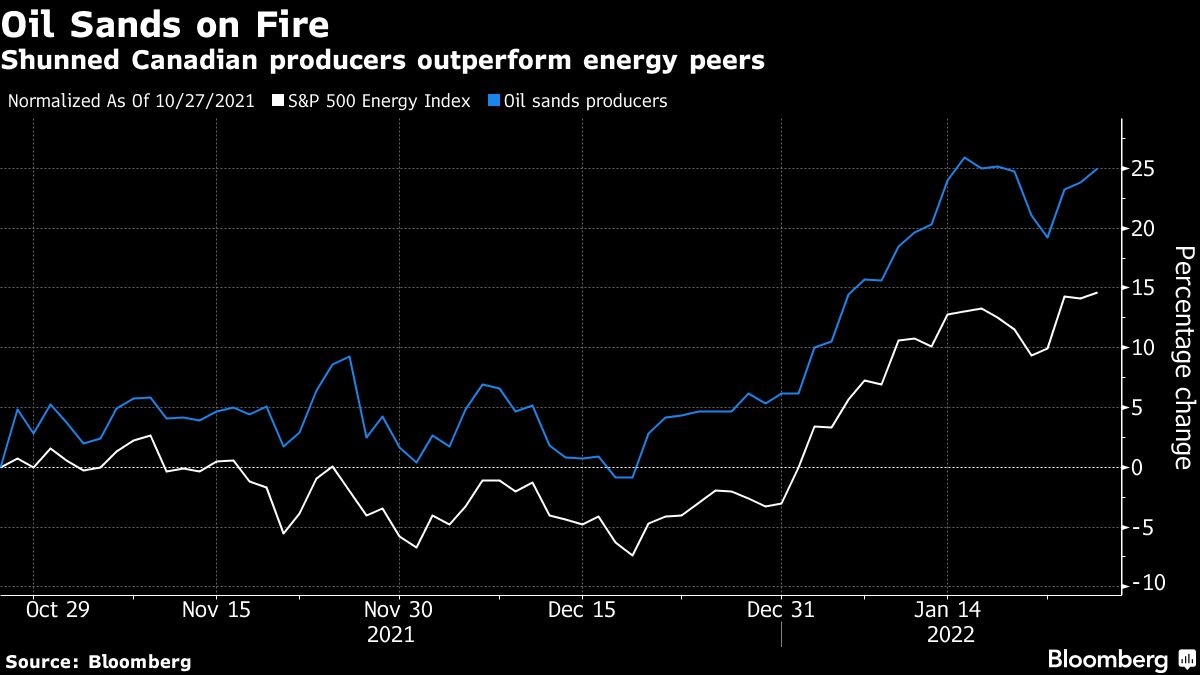 Canadian Natural’s net debt has dropped below its long-term target of $15 billion (US$11.8 billion) and will fall to $12 billion by year end, while Cenovus’ net debt will fall below its $8 billion long-term target by the fourth quarter, according to a note by Credit Suisse Group AG Analyst Manav Gupta.

Unlike shale or conventional energy companies, oil sands producers need not spend cash on constantly drilling new wells just to keep production going. Instead, they spend billions of dollars up front to build new mines or thermal well sites, but once operating, those sites produce oil at relatively steady rates for decades with little new investment. Also helping Canadian producers is Enbridge Inc.’s Line 3, a new oil pipeline that started operation in October. It has boosted their capacity to export crude to the U.S. and also allowed production to rise to a record.

Shares of the Canadian producers are rising even as companies face a torrent of environmental opposition due to the Alberta oil sands relatively high carbon emissions. The hostility has spurred divestment from major funds including Norway’s sovereign wealth fund and Caisse de Depot et Placement du Quebec, which said in September that it will sell billions of dollars worth of oil assets, including large equity stakes in Canada’s top crude producers.