Passive savers are waiting to spend money and this will drive our recovery: CIBC's Tal

Canadians who curtailed their spending over the past year as the pandemic raged on could be sitting on as much as $100 billion, according to a new report released Friday by CIBC.

“More and more money is being accumulated on the sidelines,” said Benjamin Tal, who co-authored the report and is deputy chief economist at CIBC World Markets Inc., in an interview on Thursday. “The question is what people will do with it.”

Tal said that the current situation is unlike the 2008 crisis when savings accounts continued to grow even after the recession was over to avoid financial risk. The lockdown has created a pent-up demand among consumers, particularly with higher income Canadians, he added. 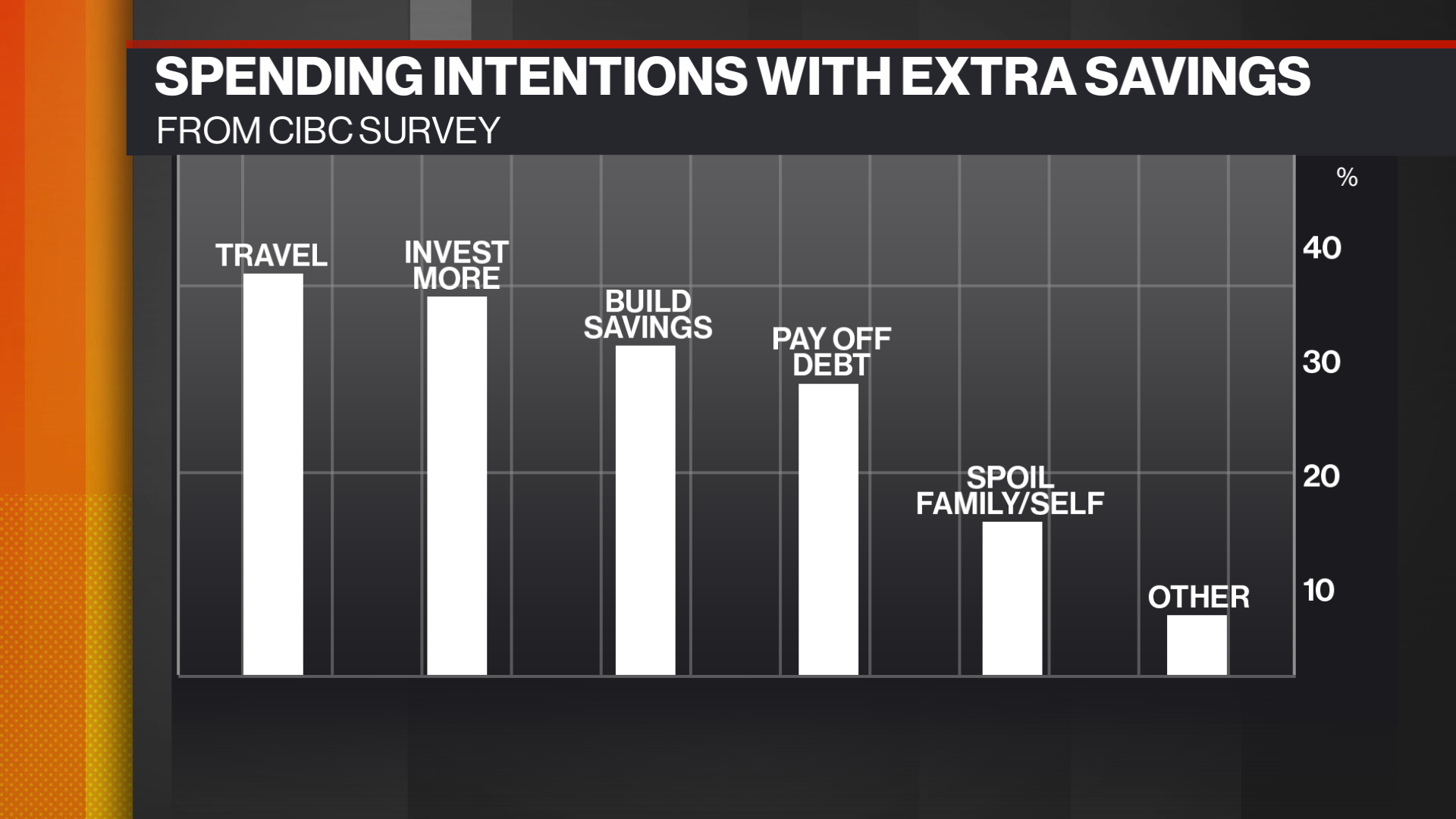 Once given the green light to go out and spend again, Tal expects that Canadians' cash hoards will be unleashed very quickly, providing a boost to the ailing services sector. The report pegged the spending figure on services at a ‘conservative’ 20 per cent of the savings, which it sees “propelling the economic recovery and negating the need for additional fiscal stimulus.”

“The good news is this money would be coming from checking, savings accounts… and it will go where?” Tal said. “To the service sector, exactly where you need the jobs. That’s a win-win situation and that’s why we are very optimistic about the second half of the year.”

That influx of unused cash heading back into Canada’s economy could yield strong growth for the country’s gross domestic product, to the tune of about 7 per cent on an annualized basis, according to Tal.