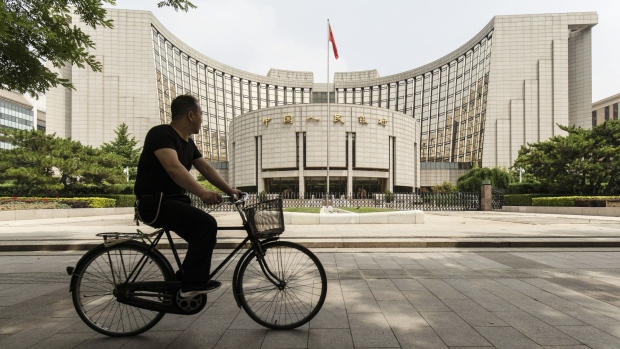 A man rides a bicycle past the People's Bank of China (PBOC) headquarters in Beijing, China, on Friday, June 7, 2019. China's central bank governor said there's "tremendous" room to adjust monetary policy if the trade war deepens, joining counterparts in Europe and the U.S. in displaying readiness to act to support the economy. , Bloomberg

China’s credit growth picked up in June amid strong demand for loans via banks and informal channels, signaling that the economic recovery is continuing into the third quarter.

Modest policy stimulus coupled with progress in battling the virus at home has led to an increasingly solid recovery in the world’s second largest economy, with output data for the second quarter due next week set to show a return to growth in the three months to June. At the same time, China remains vulnerable to renewed virus outbreaks, as well as the weakness of global demand for its export goods. 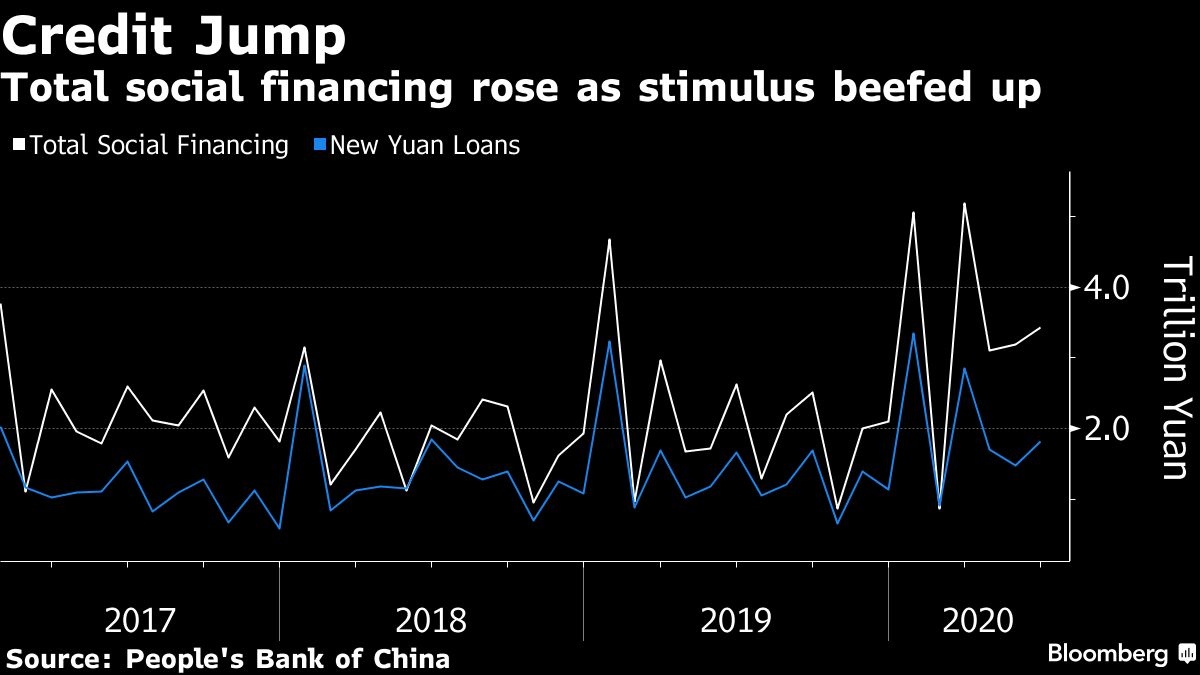 Broad M2 money supply grew 11.1 per cent from a year earlier. The stock of outstanding credit rose 12.8 per cent in the month, the fastest pace since February 2018.

The PBOC has slowed down the pace of monetary easing since late May amid the increasing signs of economic recovery, focusing instead on pushing banks to lend more to businesses. Governor Yi Gang pledged faster credit growth this year in a speech in June, saying the flow of total social financing should rise to at least 30 trillion yuan in 2020, which implies a 17 per cent expansion from the level at the end of 2019.

In shadow banking, undiscounted bankers’ acceptances, mainly a means for funding small firms, jumped 218.9 billion yuan in the month, according to Bloomberg calculations