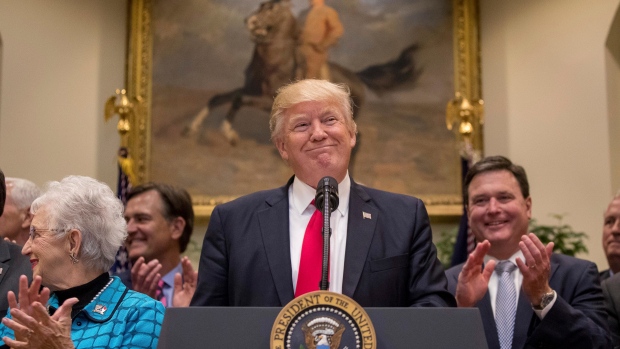 OTTAWA -- Corporate Canada is bracing for the latest economic challenge out of Washington: a tax-cutting plan for U.S. businesses that many fear would pose a considerable threat to Canadian competitiveness as well as Ottawa's bottom line.

The White House has announced a tax-reform package that includes a proposal to significantly slash the top U.S. corporate rate from 35 per cent to 15 per cent.

That, Mintz warns, would entice businesses to move their investments and profits south of the border, starving public treasuries in Canada of up to $6 billion per year.

The senior vice president of Canadian Manufacturers and Exporters says Ottawa must now seriously consider easing its own regulations and ensure the corporate rate remains competitive.

Mathew Wilson says if companies don't invest in Canada, the economy will grind to a halt.