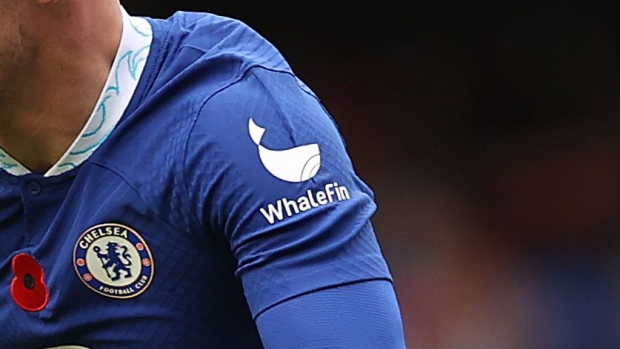 (Bloomberg) -- Amber Group, one of Asia’s leading crypto trading and lending platforms, is cutting jobs, scrapping retail operations and terminating a sponsorship deal with Chelsea FC in the latest retrenchment to hit the digital-asset sector.

The decisions are part of a major cost-cutting strategy, according to a person familiar with the matter, who asked not to be identified discussing private information. The Singapore-based crypto firm, whose backers include Temasek Holdings Pte and Sequoia China, will slash its workforce to less than 400 from about 700 currently, the person said, adding staff numbers earlier peaked at some 1,100.

The moves by Amber are just the latest indication of the diminished outlook for virtual assets following the spectacular bankruptcy of Sam Bankman-Fried’s FTX exchange and sister trading house Alameda Research a month ago.

Amber will now focus on large institutions, family offices and wealthy individuals, the person said, adding customer numbers will fall to about 100 from the hundreds-of-thousands because of the exit from the retail sector.

The company in recent days has rebutted online speculation that it may be the next domino to fall after a series of blowups in the crypto sector, which is reeling from a $2 trillion rout. A top executive tweeted Wednesday that the firm is conducting “business as usual.”

Amber plans to move to a cheaper office space in Hong Kong, while some smaller offices in other regions will likely be shuttered, with remaining employees allowed to work from home, the person said.

Chelsea FC and Amber announced a partnership in May that included displaying the logo for Amber’s WhaleFin trading platform on the sleeves of the team’s jersey during the 2022-2023 season.

The sponsorship deal was reported to be worth £20 million ($25 million) a year. The person familiar said Amber was going through the legal process for ending the agreement.

Crypto firms have rushed to sponsor European football clubs in recent years, but some of these partnerships have backfired. FC Internazionale Milano SpA, one of Italy’ most prestigious football teams, hasn’t received two sponsorship payments from blockchain firm DigitalBits, prompting S&P to announce a review of its credit rating on Thursday.

Amber was launched in 2018 by a group of founders that included former Morgan Stanley traders and raised $200 million at a $3 billion valuation in February. Bloomberg News reported earlier this week that Amber had put a $100 million fundraising on hold.

One of the company’s co-founders, Tiantian Kullander, passed away unexpectedly in his sleep in November at the age of 30.