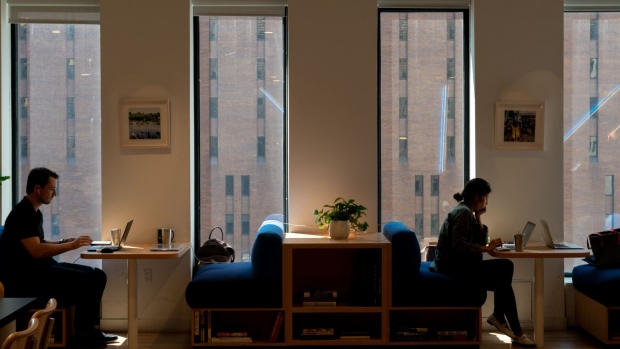 (Bloomberg) -- Cushman & Wakefield Plc agreed to invest $150 million in WeWork Cos., contingent on the flexible work company successfully completing its forthcoming stock listing, a person familiar with the matter said.

The investment was born of a partnership the two companies unveiled Aug. 9. They said at the time that they were discussing a potential investment but hadn’t signed a definitive agreement.

The companies cited the effects of the Covid-19 pandemic as a catalyst for their accord. For many businesses, the return to the office has been a stilted process. Widespread vaccines in the U.S. brought some workers back, but the return stalled, along with vaccination rates, and outbreaks of new variants played a role.

“The partnership we announced with Cushman & Wakefield in August is a testament to WeWork’s long-term value proposition and we remain incredibly excited about the opportunities that lie ahead as we team up with one of the leading real estate firms in the world,” WeWork said in a statement Sunday.

The deal represents a marriage of old real estate and new. Cushman & Wakefied is more than a century old and one of the largest commercial real estate services companies in the world. WeWork is barely a decade old.