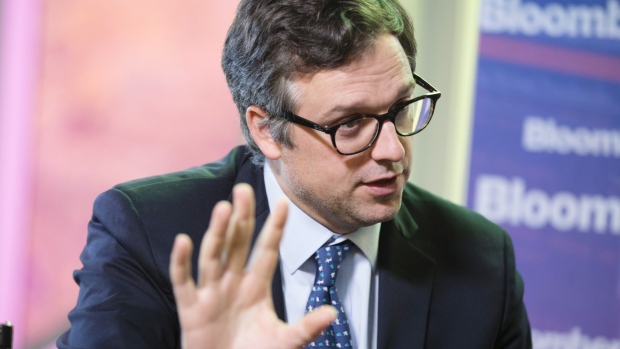 Canadian regulations are holding back the country’s financial technology industry and complicating top lenders’ foreign expansion plans, according to the Desmarais family scion in charge of Power Corp. of Canada’s start-up strategy.

With fewer partnership options at home, where it’s hard to nurture leaders in the automation of financial services, Canadian banks are at a disadvantage when trying to grow in the U.S. and beyond, said Paul Desmarais III, the executive chairman and co-founder of Power’s in-house venture fund Portag3.

“They’re going to be competing against banks like JPMorgan that I think are extremely advanced in their adoption of technology,” he said in an interview Wednesday on the sidelines of Canada’s Fintech Forum in Montreal. Such banks, including Wells Fargo & Co., “will ultimately have opportunities to do things that are harder for banks that don’t partner to do.”

All of Canada’s five biggest banks have operations outside the country, though domestic banking generally remains their biggest business. They have taken a collaborative approach with start-ups to make their own operations more efficient and add features for customers who are increasingly using mobile devices and computers for routine banking.

Fintech services haven’t fully bloomed in Canada, where only 18 per cent of people say they are regular users, well below the 33 per cent global average and China’s 69 per cent, according to a report by accounting firm EY. Venture fund Luge Capital estimates there are about 600 privately held fintech companies in the country, compared with more than 4,000 in the U.S., where funding is expected to be 20 times larger than in Canada this year.

“The probability of creating champions is much lower” in Canada, Desmarais said in a separate interview to Bloomberg Television.

To reduce the imbalance, Canada should adopt the “open-banking model” that has been implemented in the U.K. and continental Europe, which makes it easier to share banking data, according to Desmarais. It could also have a single body helping fintech companies navigate regulation, instead of having to deal with several different agencies, he said.

“What sometimes worries me is that the backlog of requests on these regulators just gets longer and longer,” he said. “A six-month delay for a certain fintech can mean life and death.”