The European Central Bank will slow its emergency bond-buying by July and signal at the end of this year that the program will come to a halt in March 2022, according to a Bloomberg survey of economists.

More than 60 per cent of respondents predict the ECB will stick to its current timeline for net purchases, and almost as many expect it to give three months’ notice before stopping the program. Economists don’t expect any policy changes at next week’s meeting. 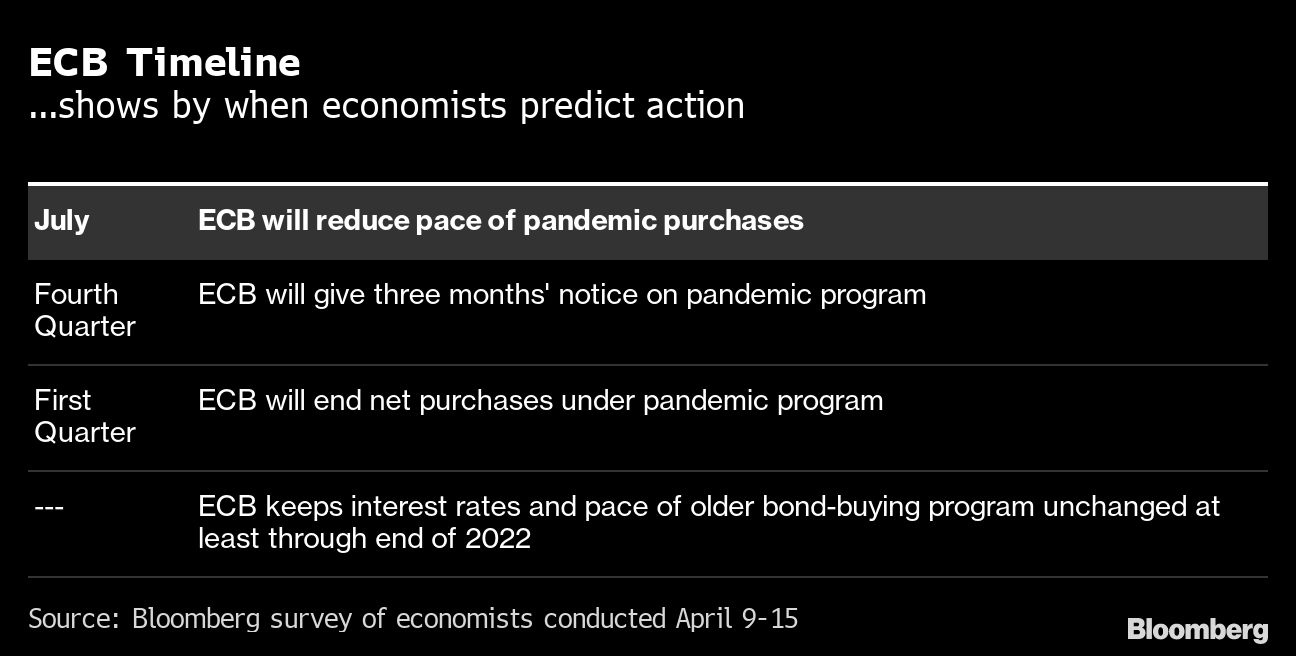 ECB policy makers have signaled there’s little reason to change course until June, when the issue is up for review and new forecasts will provide a better idea of the road to recovery.

While high infection rates and tight lockdowns across much of the region are still curbing business activity, a pickup in vaccinations suggests coronavirus restrictions can gradually be lifted in the coming months. Economists predict an economic recovery will start in the second quarter, becoming more entrenched in the rest of the year. 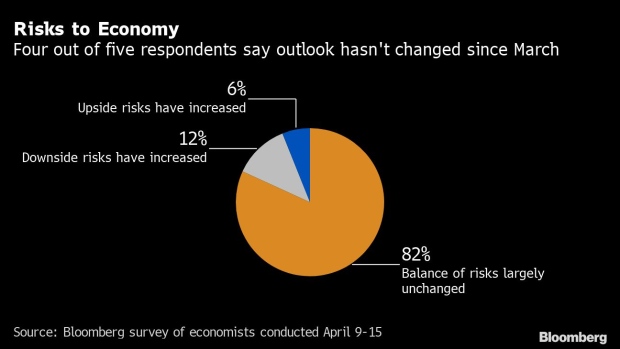 “The lockdowns at the beginning of the quarter are a drag, but as the vaccination campaigns gather pace, a material improvement is in sight,” said Birgit Henseler, an economist at DZ Bank AG. “Growth should then accelerate strongly in the third quarter.”

All but one of the respondents expect the next significant change in the pace of bond-buying will be a slowdown.

“A full assessment of the pace of asset purchases won’t happen until June, but the tone of next week’s press conference may offer some hints on the debate to come. The hawks are likely to focus on the successful containment of bond yields and the economic recovery, while the doves will be more cautious.”

Policy makers have started to publicly consider how and when it’ll be safe to unwind the unprecedented support they’ve offered over the past year. While officials including President Christine Lagarde have repeatedly stressed the dangers of withdrawing monetary or fiscal support too soon, some of her colleagues are also wary of pumping too much money into the financial system and undermining financial stability. 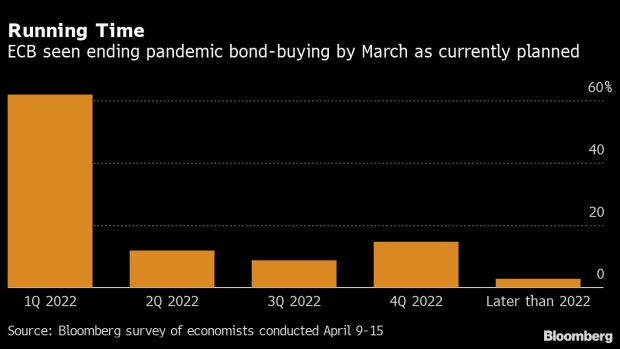 “The near-term outlook for the euro zone remains weak given the tight grip of the third infection wave, and despite the recent pick-up in the vaccination pace,” said Oliver Rakau, an economist at Oxford Economics. He predicts the ECB will continue to buy bonds at an accelerated pace until September.

Nearly two thirds of respondents expect the ECB to use the entire 1.85 trillion euros (US$2.2 trillion) currently agreed under the pandemic program. Policy makers have said they could spend less than that if warranted by the recovery, or expand the amount again if needed.

Just two economists predict a boost will be needed -- in September -- while almost a third reckon not all the money will be deployed. 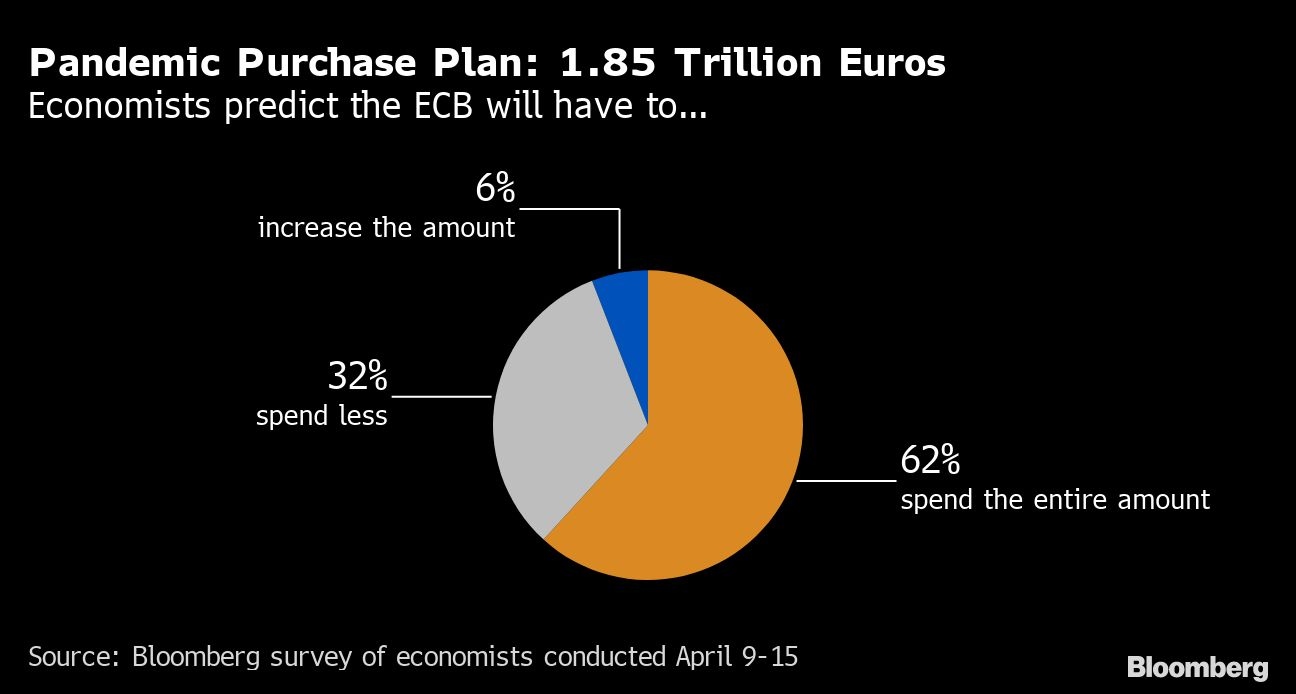 Four out of five respondents say the balance of risks to the outlook has remained largely unchanged since the ECB’s last policy meeting in March.

“The ECB will probably simply confirm the decisions taken in March” at next week’s session, said Bas van Geffen, an economist at Rabobank. “June will be the more interesting meeting, when the ECB may decide to reverse the higher pace.”