GameStop Corp. erased earlier losses to rise to the highest level since Feb. 1 as a wave of Reddit users appeared to rush back into its shares. 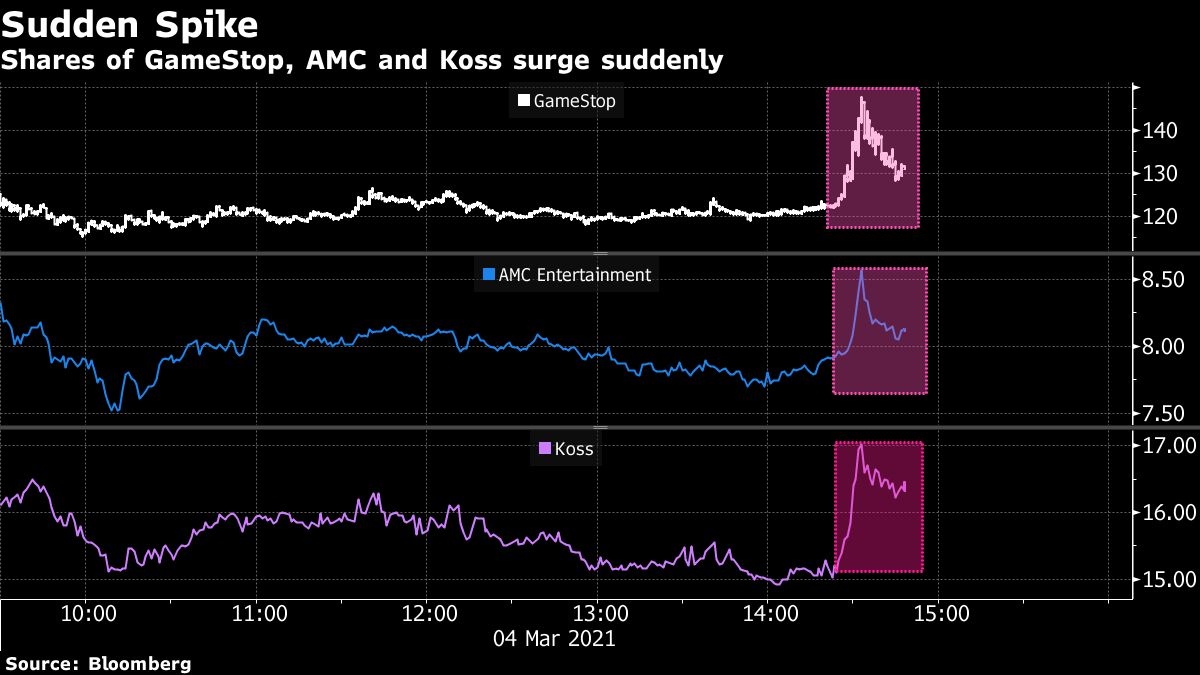 The mid-afternoon rally came despite a bloody session for stocks and bonds with the S&P 500 briefly erasing its gain for 2021. GameStop ended Thursday up 6.6 per cent to US$132.35, its best close in about a month. Shares rose to US$134.88 in after-hours trading.

Thursday’s spike came minutes after activist investor and GameStop board member Ryan Cohen tweeted an apparent screenshot from a Pets.com television ad. Some Twitter users speculated that the image was a cryptic message about GameStop’s outlook.

The last time Cohen posted on the social media platform -- a picture of an ice cream cone -- shares soared amid a flurry of day trader activity. That tweet helped propel the Grapevine, Texas-based company to its second best week ever and a 142 per cent rally over two days.