GameStop Corp. climbed after saying it intends to elect Ryan Cohen as its next chairman, cementing the activist investor’s influence at the video-game retailer.

Kurtis Wolf resigned effective April 5, GameStop said in a filing Thursday. The company said the resignation didn’t result from a disagreement over operations, policies or practices.

Cohen will stand for election at the annual meeting on June 9, GameStop said in a statement. It plans to pay all directors entirely in equity, while reducing individual directors’ compensation by about 28 per cent. 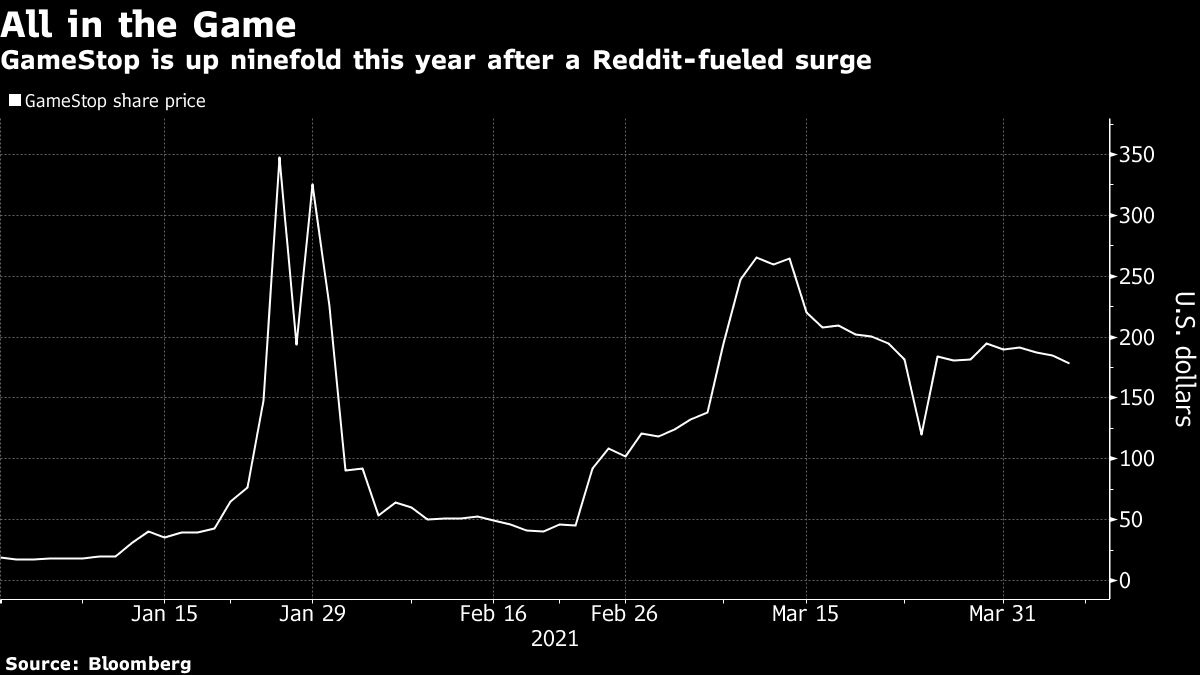 GameStop shares rose as much as 4.4 per cent to US$185.88 in New York trading before retreating. GameStop had been on a three-day losing streak triggered by a company plan to sell as much as US$1 billion in additional shares. The stock has had a wild, Reddit-driven ride, surging ninefold this year.

Trading in GameStop, as with most stocks favored by traders using social platforms like Reddit, has fizzled over the past three weeks as amateur investors turn their focus elsewhere. The stock has been hit with bouts of volatility since January, when Cohen started to shake up operations at the company and as retail traders sparred with short sellers.

As part of a corporate overhaul spearheaded by Cohen, the company has brought in new executives, including a chief officers for growth and technology. It has added technology experience to its team to help move the company away from its brick-and-mortar business.

GameStop, based in the Dallas suburb of Grapevine, Texas, has suffered with the video-game industry’s shift to online distribution. With gamers downloading more and more, or ordering software and gear online, there’s less reason to make a trip to a physical store. The company reported disappointing fourth-quarter earnings last month.

In addition to selecting Cohen as chairman, GameStop plans to nominate two new board members: Larry Cheng, managing partner of Volition Capital and the first investor in the pet-supply retailer Chewy, where Cohen made his name; and Yang Xu, senior vice president of global finance and treasury at Kraft Heinz Co.

Up for renomination are Alan Attal and Jim Grube, Cohen allies who joined the board with him in January, and Chief Executive Officer George Sherman.