Gold headed for its second loss in three days as gains in the dollar and technology stocks diminished demand for the haven asset.

The Bloomberg Dollar Spot Index rose as much as 0.4 per cent, holding on to its recovery from the 2018 lows reached on Monday. U.S. stocks rose as giant tech companies rallied in a shift back to the safety trade that powered this year’s gains amid speculation a virus resurgence will slow economic recovery. Yields on 10-year Treasuries climbed to within a few basis points of 1 per cent on Tuesday.

Still, with the number of new COVID cases rising, governments and central banks are likely to remain under pressure to take further stimulus measures until widespread vaccinations can be carried out, benefiting gold, Fritsch said. 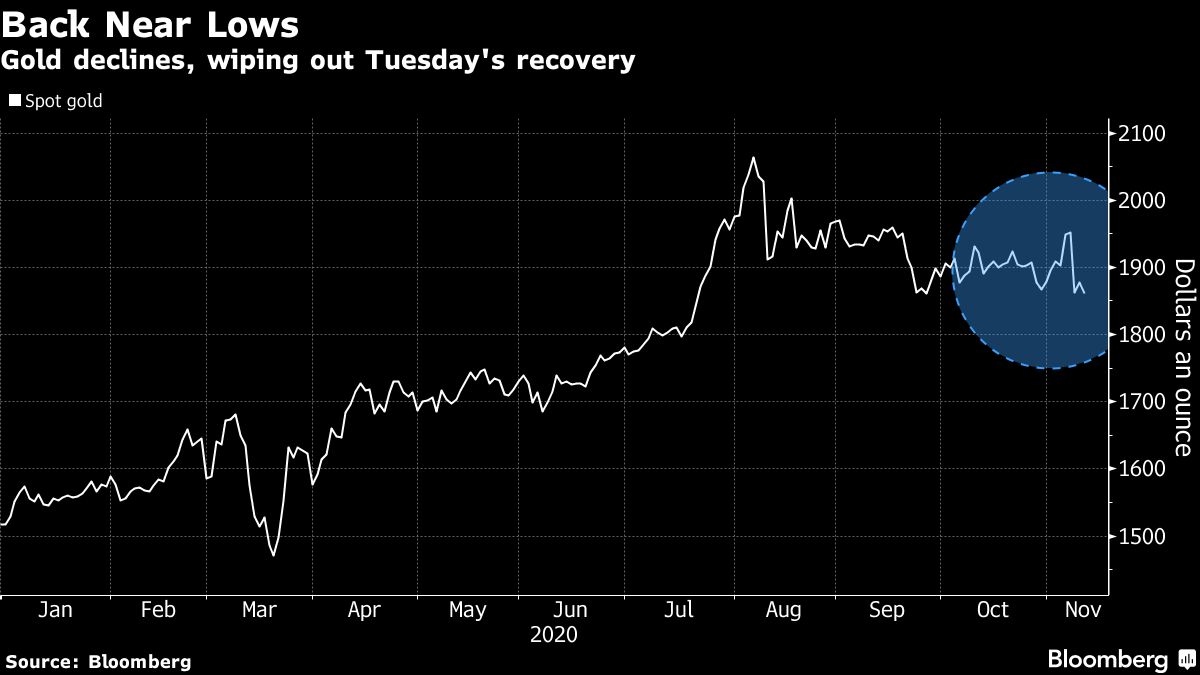 A resurgence of cases and deaths continued in Europe, with Germany reporting its highest daily fatalities since mid-April. New York City’s average of people testing positive for COVID-19 is approaching the safety threshold that would force a shutdown of schools. The developer of Russia’s flagship shot said it shows a 92 per cent efficacy rate in preventing infections, days after Pfizer Inc. reported a similar breakthrough for its rival vaccine.

“The biggest reason for another abrupt drop in gold prices would be more good news on the COVID-19 vaccine front,” James Steel, chief precious metals analyst at HSBC Holdings Plc, said in a note.

Silver was little changed, while palladium and platinum turned lower, while the Bloomberg Dollar Spot Index rose 0.3 per cent.