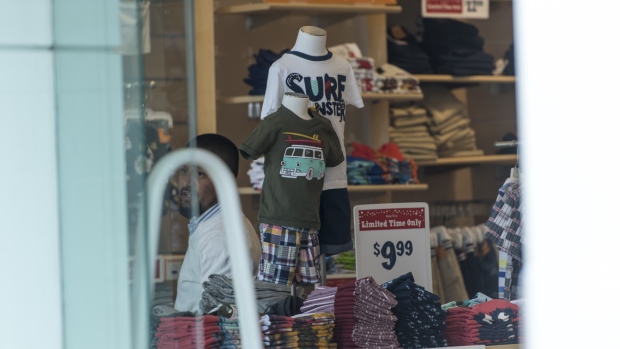 Gymboree Group Inc. will shut down after going bankrupt a second time, the victim of falling mall traffic and cheaper online sources of kids clothing. About 10,000 people could lose their jobs.

The retailer filed for protection from creditors owed about US$212 million in U.S. Bankruptcy Court for the Eastern District of Virginia, according to a statement late Wednesday. The San Francisco-based company, which operates 945 stores under three brands in the U.S. and Canada, plans to close its Gymboree and Crazy 8 chains after failing to find anyone willing to buy them, court papers show. A unit of Goldman Sachs Group Inc. is leading bids for Gymboree’s higher-end Janie and Jack business.

Gymboree will join Toys R Us Inc., Shopko Stores and Bon-Ton Stores Inc. in the ranks of defunct retailers that collapsed as shoppers deserted malls and bought online. The decision came less than a year and a half after Gymboree emerged from an earlier Chapter 11 bankruptcy that cut debt, overhauled operations and enabled it to launch a rebranded clothing line.

“We are saddened and highly disappointed that we must move ahead with a wind-down of the Gymboree and Crazy 8 businesses,” Chief Executive Officer Shaz Kahng, appointed in November, said in the statement. An auction of company assets is expected by Feb. 25.

Going-out-of business sales are being planned to dispose of inventory, raising about US$155 million in net proceeds, Chief Restructuring Officer Stephen Coulombe said in court papers. The company expects the sales and store closings will continue through April.

The bankruptcy comes at a time of weakness for the children’s apparel industry, with sales at children’s and infant wear stores falling 5.8 per cent in November and 5.9 per cent in December, according to First Data.

Shares of The Children’s Place Inc., a Secaucus, N.J.-based rival of Gymboree, have dropped 46 per cent since early November.

Gymboree was acquired by Bain Capital LLC for about US$1.8 billion in 2010. The buyout saddled the company with more than US$1 billion in debt, leading Gymboree to cut costs and defer investments before filing for court protection in June 2017. It emerged with less debt and fewer stores.

But competition was still robust from Children’s Place, the Gap, discount stores, internet retailers and big-box retailers that sold clothing at cheaper prices to get shoppers into the store. Margins shrank, and Gymboree’s net retail sales dropped 27 per cent to US$573 million during the nine months ended Nov. 3, court documents show.

The staff includes 10,100 people on a full- and part-time basis, according to the filings. The vast majority, 9,600, are hourly workers. Gymboree said the US$212 million in total obligations include US$79.1 million under a senior secured asset-based revolving credit facility, US$44.5 million of outstanding letters of credit under the ABL facility, and around US$89 million under its senior secured term loan.

Special Situations Investing Group, a lending and investment affiliate of Goldman Sachs, is serving as the stalking-horse bidder in a court-supervised sale process for Janie and Jack.