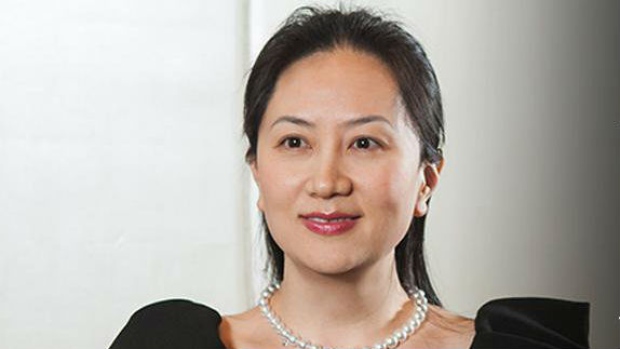 Wanzhou Meng — also deputy chairwoman and the daughter of Huawei’s founder — faces extradition to the U.S., said Ian McLeod, a Canada Justice Department spokesman, declining to elaborate. She was arrested Dec. 1 after the U.S. Department of Justice in April opened an investigation into whether the leading telecommunications-equipment maker sold gear to Iran despite sanctions on exports to the region.

News of Meng’s arrest provoked strong protest from the Chinese embassy in Canada, which called it a violation of its citizens’ rights while demanding the U.S. and its neighbor “rectify wrongdoings” and free Meng. Her arrest is sure to heighten tensions between Washington and Beijing days after the world’s two largest economies agreed on a truce in their growing trade conflict. Meng’s father Ren Zhengfei, a former army engineer, has won acclaim at home for toppling Apple Inc. in smartphones and turning an electronics reseller into a producer of networking gear with revenue surpassing Boeing Co. He’s regularly named among China’s top executives, and was among 100 business leaders honored for their contributions as the country celebrates the 40th anniversary of opening its economy. His stature at home is roughly comparable to Bill Gates or Michael Dell in the U.S.

The CFO’s arrest -- the same day Donald Trump and Xi Jinping dined in Buenos Aires --- is likely to be regarded back home as an attack on one of China’s foremost corporate champions. While Alibaba Group Holding Ltd. and Tencent Holdings Ltd. dominate headlines thanks to flashy growth and high-profile billionaire founders, Ren’s company is by far China’s most global technology company, with operations spanning Africa, Europe and Asia.

U.S. equity futures and Asian stocks slid as Meng’s arrest re-ignited concerns about U.S.-Chinese tensions. At a regularly scheduled press briefing on Thursday, foreign ministry spokesman Geng Shuang reiterated China wanted the U.S. and Canada “to clarify the grounds for the detention, to release the detainee and earnestly safeguard the legitimate rights and interests of the person involved.”

Huawei’s ambitions now range from artificial intelligence and chipmaking to fifth-generation wireless. That last effort, a massive push into the future of mobile and internet communications, has raised hackles in the U.S. and become a focal point for American attempts to contain China’s ascendancy. Shares in several of its suppliers, from Sunny Optical Technology Group Co. and Largan Precision Co. to MediaTek Inc., fell.

“Tencent and Alibaba may be domestic champions and huge platforms in of their own rights, but Huawei has become a global powerhouse,” said Neil Campling, an analyst at Mirabaud Securities Ltd. It is “5G standards that are at the heart of the wider IP debate and why the U.S. and her allies are now doing everything they can to cut to the heart of the Chinese technology IP revolution.”

Canada’s Globe and Mail newspaper first reported the arrest, about which the U.S. Justice Department declined to comment. A spokeswoman for Canadian Prime Minister Justin Trudeau referred questions to his country’s own justice department. Huawei said the arrest was made on behalf of the U.S. so Meng could be extradited to “face unspecified charges” in the Eastern District of New York.

“The company has been provided very little information regarding the charges and is not aware of any wrongdoing by Ms. Meng,” it said in a statement. “The company believes the Canadian and U.S. legal systems will ultimately reach a just conclusion. Huawei complies with all applicable laws and regulations where it operates, including applicable export control and sanction laws and regulations of the UN, U.S. and EU.”

In targeting Huawei, the U.S. is threatening one of the companies at the heart of Xi’s long-term campaign to wrest the lead in future technologies and wean China off a reliance on foreign expertise.

Once a purveyor of unremarkable telecommunications equipment, Huawei’s now No. 2 in smartphone shipments and is shooting for the lead in fifth-generation wireless networks while preparing to take on some of America’s biggest chipmakers. It’s already by some reckonings the world’s largest provider of networking equipment to wireless carriers, outstripping the likes of Ericsson AB with growing sales in Europe. It’s declared its intention to surpass Samsung Electronics Co. in phones as well. The company is targeting record sales of US$102.2 billion this year.

Trump’s administration this year invoked its name in blocking a Qualcomm Inc.-Broadcom Inc. merger that would’ve been the largest deal ever, saying it would hand the lead in 5G to China. But as far back as 2016, the Commerce Department had sought information regarding whether Huawei was possibly sending U.S. technology to Syria and North Korea as well as Iran. The U.S. previously banned ZTE Corp., a Huawei competitor, for violating a sanctions settlement over transactions with Iran and North Korea. That moratorium -- since lifted -- drove ZTE to the brink of collapse.

U.S. authorities in 2016 also began voicing concerns that Huawei and others could install back doors in their equipment that would let them monitor users in the U.S., something Huawei has denied.

“While the Commerce Department focused its attention on ZTE, this news highlights that Huawei is also violating U.S. Law,” Van Hollen said in a statement.

It’s unclear whether Meng’s arrest could trigger the same sort of sanctions that ZTE incurred. Such a move would be far more significant given Huawei’s heft.

In August, Trump signed a bill banning the government’s use of Huawei technology based on the security concerns and U.S. allies are either imposing or considering similar moves. That same month, Australia barred the use of Huawei’s equipment for 5G networks in the country and New Zealand last week did the same, citing national security concerns. The U.K. is currently debating whether to follow suit. In November, Huawei said moves against it would hinder the development of 5G in the U.S. and raise prices for consumers.

“This is what you call playing hard ball,” said Michael Every, head of Asia financial markets research at Rabobank in Hong Kong. “China is already asking for her release, as can be expected, but if the charges are serious, don’t expect the US to blink.”