Speaking to BNN Bloomberg on the same day Aurora Cannabis (ACB.TO) announced its $3.2-billion all-stock purchase of MedReleaf (LEAF.TO), the CEO of Canada’s largest pot producer said it makes more sense to focus on his own operations.

“I don’t think we’re [interested] in buying anything that’s a licensed producer in Canada,” Canopy Growth CEO Bruce Linton told BNN Bloomberg on Monday. “The valuations for us to acquire [other producers] are relatively higher than the assets we think we’d be getting.”

“Some of these deals that I’m seeing out there, it kind of proves that you can actually spend a dollar to buy a dime, and I’m not really in that game.”

Canopy announced on Monday it will buy out the rest of its BC Tweed joint venture, increasing the company’s greenhouse capacity in British Columbia to up to 3 million square feet at a cost of up to $374 million in Canopy shares. It’s deals of that nature that Linton said make more sense for the company. 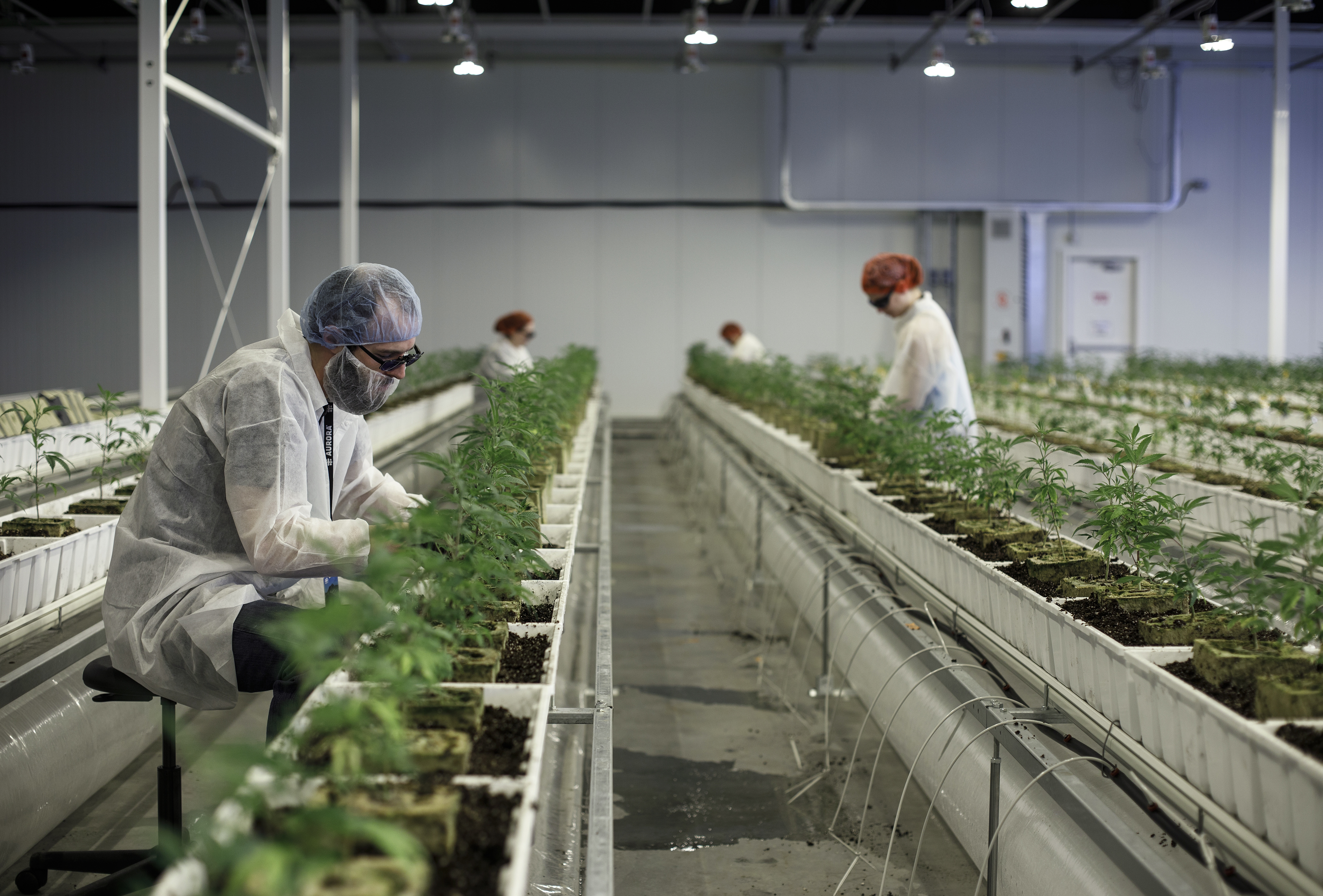 “That seems like a better deal,” Linton said. “If I buy somebody else’s assets, I have to rip out half of it and put [construction] in so that it’s to our standards.”

Canopy also announced Monday that it will become the first marijuana producer to list on the New York Stock Exchange.

“[We’re] trying to be first at things, and we thought … [the NYSE listing] has a certain cache to being on the Wall Street exchange.”

Linton said that the company’s plans are to stay where marijuana sales are legal nationwide, but that laying the groundwork for future opportunities makes sense.

“We’re trying to exit prohibition, so we only go where it’s legal. ... We’re looking at the ability to have access to buildings if and when it became legal.”

The company will trade under the ticker CGC on the NYSE, the symbol under which it began trading on the Toronto Stock Exchange before moving to its current symbol WEED.

So, why not WEED in New York as well?

“This is a pretty prestigious neighbourhood we’re stepping into,” Linton said. “I’m hopeful that over time they’ll get more comfortable with a ticker called WEED, but CGC for the New York Stock Exchange and WEED on the TSX is kinda where we landed.”