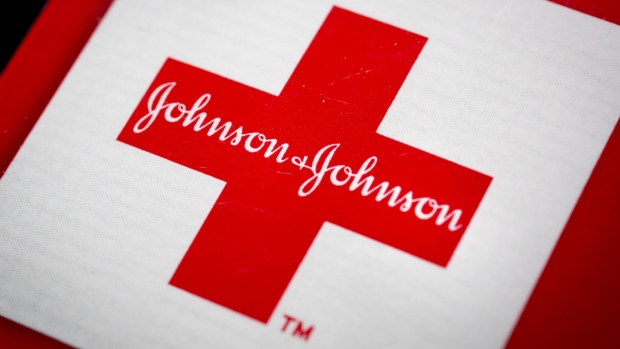 Johnson & Johnson said it has agreed to supply 100 million doses of its experimental COVID-19 vaccine to the U.S. for more than US$1 billion, the latest in a string of such pacts between the government and pharmaceutical companies.

Under the agreement, J&J will manufacture and deliver its SARS-CoV-2 investigational vaccine in the U.S., according to a statement by the health-care giant on Wednesday. The J&J vaccine is expected to go into late-stage trials in September.

The U.S. government has recently forged a series of deals with companies including as Pfizer Inc. and Moderna Inc. to secure access to the vaccine. The J&J pact follows release of a study showing the company’s candidate vaccine generated a strong antibody response in primates, and provided protection with a single dose.

The primate data is a positive development for J&J, providing a competitive advantage against other vaccines that are further along in testing but require two doses over time.

The Biomedical Advanced Research and Development Authority, in collaboration with the U.S. Department of Defense, may also acquire added doses sufficient to vaccinate 300 million people under a subsequent agreement, the government said in a separate statement.

If the shot proves successful in the clinic and the U.S. launches a nationwide pandemic vaccination campaign, it would be made available to Americans at no cost, and delivered at government-designated locations across the country, according to the Department of Health and Human Services.

Health-care providers, though, could charge for administering the shot, the statement said.

The US$1-billion-plus effort to supply the U.S. with J&J’s COVID-19 vaccine will also rely on U.S. manufacturing facilities known as fill-finish sites, where doses are packaged into sterile dispensers, allowing them to be shipped more quickly, according to HHS.

J&J has already received a US$456 million award from the department’s BARDA unit for its research and development efforts, which focus on technology based on the human adenovirus, a type of common cold virus.

Paul Stoffels, the drugmaker’s chief scientific officer, told Bloomberg last week that the pre-clinical results “are a very important part of the profile that we can bring to the table over the next few weeks as we work with different countries on reaching advanced agreements.”

Stoffels said J&J would likely approach regulators for an emergency use approval of its one-dose shot, should it prove successful in late-stage studies.

The New Brunswick, New Jersey-based company has previously said that it’s also entered discussions with the European Union and governments around the world about supplying its vaccine.