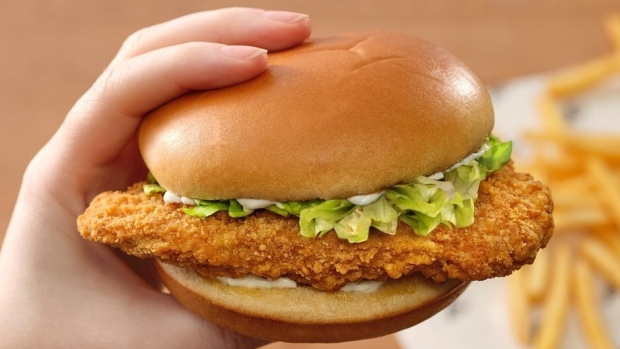 KFC Canada announced that its plant-based sandwich will become a permanent addition to its menu after a pilot launch last fall.

The company’s chief marketing officer Samantha Redman said in a statement that the chain "sold over a month's worth of sandwiches in six hours" during the one-day test in Mississauga, Ont. on Nov. 27.

"Seeing the extraordinary demand for Plant-Based KFC, we worked quickly to bring these menu items to our restaurants across Canada," she added.

The Plant-Based KFC sandwich will be available Aug. 10.