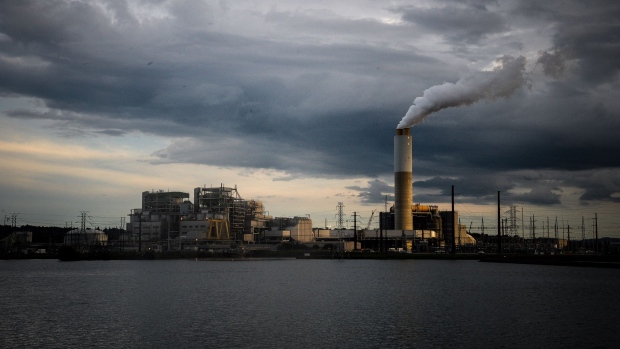 Washington is once again talking about pricing carbon. The Clean Electricity Payment Program might be dead, but a carbon tax could still be on the table. Or it might not, or perhaps be replaced by expanded loan guarantees for clean energy, or by clean energy tax credits. Whichever form it might take, the politics will be tough. They always are, until they suddenly aren’t.

Look across the pond, to the U.K., the host of the Glasgow climate talks, for some guidance. The first attempt to ban a fossil fuel happened six centuries before the world knew it caused climate change. King Edward I banned the burning of “sea coal,” what bituminous coal was known as back then, in 1306. It sickened his subjects, including his own mom, and fouled the air so much that not even he could hide from the soot and smell. The maximum penalty for repeat offenders: death.

That is a draconian price to pay. It also did not last. The ban was soon turned into a tax, before that, too, went away. At its peak in 1920, the British coal sector employed over a million people, 5% of the workforce. By now there are fewer than a thousand coal workers in the country, two remaining coal plants, and a total phaseout scheduled for 2025.

Coal’s demise in the U.K. has had multiple causes. Some are technological, some economic, many political. The latter, in turn, have come in various guises — from taxing coal to subsidizing cleaner sources of energy to British Prime Minister Margaret Thatcher wanting to crush the coal miners’ union in the 1980s.

But whichever form government actions have taken, most have followed the bedrock economic principle that a higher price for something leads to less of its quantity being demanded in the marketplace, and a lower price leads to more: the Law of Demand in action.

Current political labels notwithstanding, “carbon pricing” does not end with a carbon tax or an emissions trading system. Edward I’s coal ban was also a price, an infinitely high one at that. It is easy to see why that would be too steep a price to pay for each ton of coal. Had the ban stuck, the industrial revolution could not have happened, and the world would be significantly poorer for it.

But by now we know that extracting and consuming each ton of coal, each barrel of oil, and each cubic foot of natural gas comes with significant costs to human health, the economy, society and ecosystems alike. After decades of public denial and obfuscation, some of the biggest players in the industry, like BP, ExxonMobil and Shell now profess support for a carbon tax. There is a catch.

For one, their preferred price starts at $50 per ton of CO₂. All else equal, even a $50 price — any price — would be good. But all else, of course, is never equal. The plan the companies favor trades away other “current and future” regulations on power plants or other stationary sources in the name of “significant regulatory simplification.”

One such regulation that would be on the chopping block: a federal clean electricity or energy standard, a version of which had been part of the $3.5 trillion budget reconciliation bill, when it was still a $3.5 trillion bill. The program would create incentives for utilities to add low-carbon electricity to the grid.

Twenty-nine states, three territories and Washington, D.C., have their own clean electricity standards. Levels of ambition vary widely. Iowa’s rules, which created the nation’s first such standard in 1983, is among the weakest. Other states like New Mexico have stringent targets of generating 40% of the state’s electricity from zero-carbon resources by 2025, 100% by 2045. New York aims for full decarbonization by 2040.

There is no denying the standards’ impact. Roughly half of the total growth of renewable electricity generation since 2000 is due to them, cutting CO₂ emissions from the power sector by between 10% and 25% in the process. That benefit, of course, comes at a cost. The standards raise electricity rates by around 11% seven years after introduction.

Translated into dollars per ton of CO₂, costs range from around $60 to $300. These costs are well within the range of estimates of how much each ton of CO₂ should cost. They are also the reason why energy companies argue for an initial $50 tax per ton of CO₂ instead.

But we must see those arguments for what they are. They are not a principled stance for superior climate policy and cost-effective taxes. They are calls for low carbon prices to avoid higher ones.

The flipside holds true, too. Many environmentalists nowadays seem to oppose carbon taxes and emissions trading systems on principle, preferring more direct interventions. “Market-based” policies, after all, are what industry wants, so they must be bad.

That explains some environmentalists’ lukewarm reaction to another provision currently being considered in the Senate: a $15-per-ton fee for each ton of CO₂. That, of course, is even lower than the $50 tax. It clearly cannot stand on its own. And herein lies the gist: No single policy can be expected to carry the full weight of climate policy, nor should it.

A $50 carbon tax cannot solve it all, but even $15 is better than zero. There are better and worse ways to design and implement any policy. But no policy should be excluded based on some purist economic or environmentalist principle.

Whether the price is direct or indirect — whether it is $15, $50, or $500 per ton of CO₂ — or whether it is called a “tax,” a “fee,” a “standard,” or almost anything else, the one overarching principle is the same: price up, emissions down.