The status of Canada’s dollar as one of this year’s top performing major currencies hangs in the balance after the nation registered the biggest drop in employment in a decade.

The loonie slumped as much as 0.7 per cent to 1.3259 per U.S. dollar, its biggest decline since October, putting it in a neck-and-neck race with the British pound for the No. 1 spot among major currencies in 2020. Both currencies have strengthened close to three per cent this year against the greenback.

The Canadian economy lost 71,200 jobs in November, Statistics Canada said Friday in Ottawa, missing the median economist forecast for a gain of 10,000 jobs. That could cloud the Bank of Canada’s recent optimistic view on the economy and its monetary policy decisions next year, sowing some doubts on the ongoing resilience of the local currency.

It’s a “terrible jobs report,” Brendan Mckenna, a strategist at Wells Fargo, said in an email. “There’s really not much you can point to that is positive about those numbers. We’ll probably hover around these levels til year-end.”

Earlier this week, the Bank of Canada laid out a strong defense of its decision to stand pat on its policy rate for a ninth straight meeting. Deputy Governor Timothy Lane said policy makers believe Canada’s economy is near capacity. Recent developments, both domestic and global, have bolstered the central bank’s confidence that growth is poised to accelerate over the next couple of years, despite “enduring” uncertainty, he said.

Not everyone’s concerned about the latest jobs numbers. “Observers should remember that the numbers are highly volatile,” said Julia Pollak, labor economist at ZipRecruiter, an online employment marketplace. 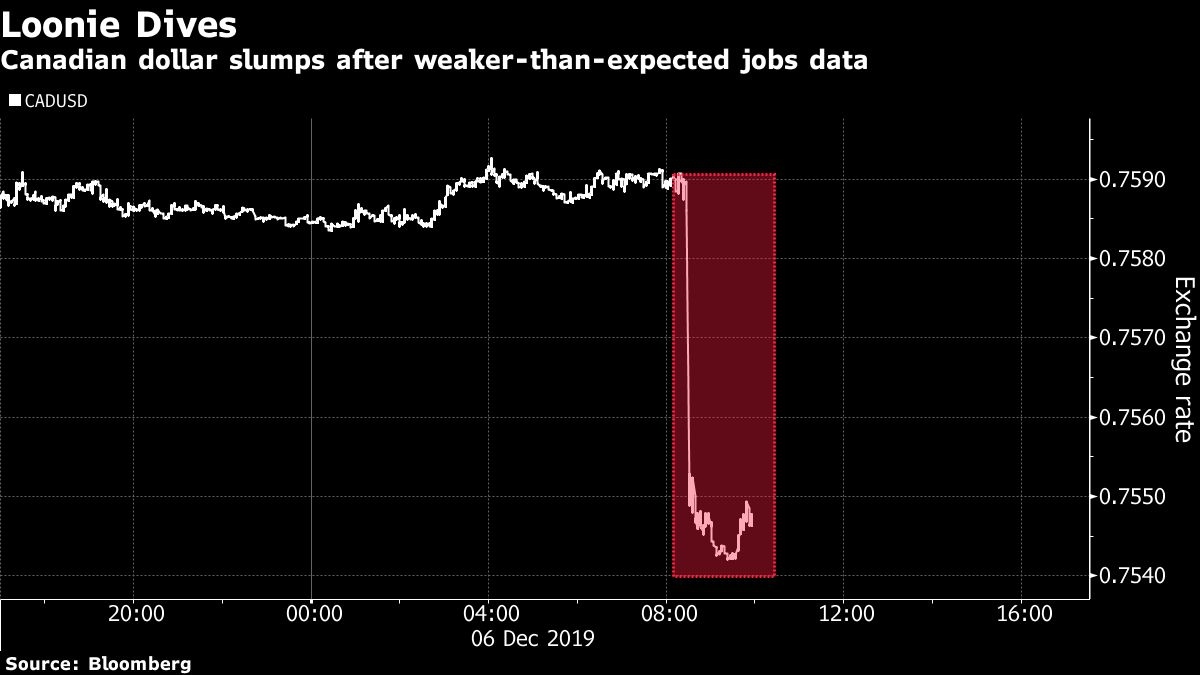