Base metals surged, led by zinc which spiked to the highest since 2007 after European smelters became the latest casualties in a global energy crisis that’s knocking supply offline and heaping pressure on manufacturers.

Zinc rose as much as 6.9 per cent on the London Metal Exchange, and a gauge of six industrial metals rapidly closed in on an all-time high. Aluminum, one of the most energy-intensive commodities, is at the highest since 2008. Copper bounced closer to the US$10,000-a-ton mark, and spreads are pointing to a sharply tighter market -- spot copper contracts are trading at the biggest premium over futures in nearly a decade as global inventories shrink.

Metal supply cuts are spreading from China to Europe, as energy shortages drive up costs for electricity and natural gas, threatening more inflationary pressure from rising commodity prices. The latest big catalyst came on Wednesday when Nyrstar -- one of the biggest zinc producers-- said it will cut output at three European smelters by up to 50 per cent due to rising power prices and costs associated with carbon emissions. 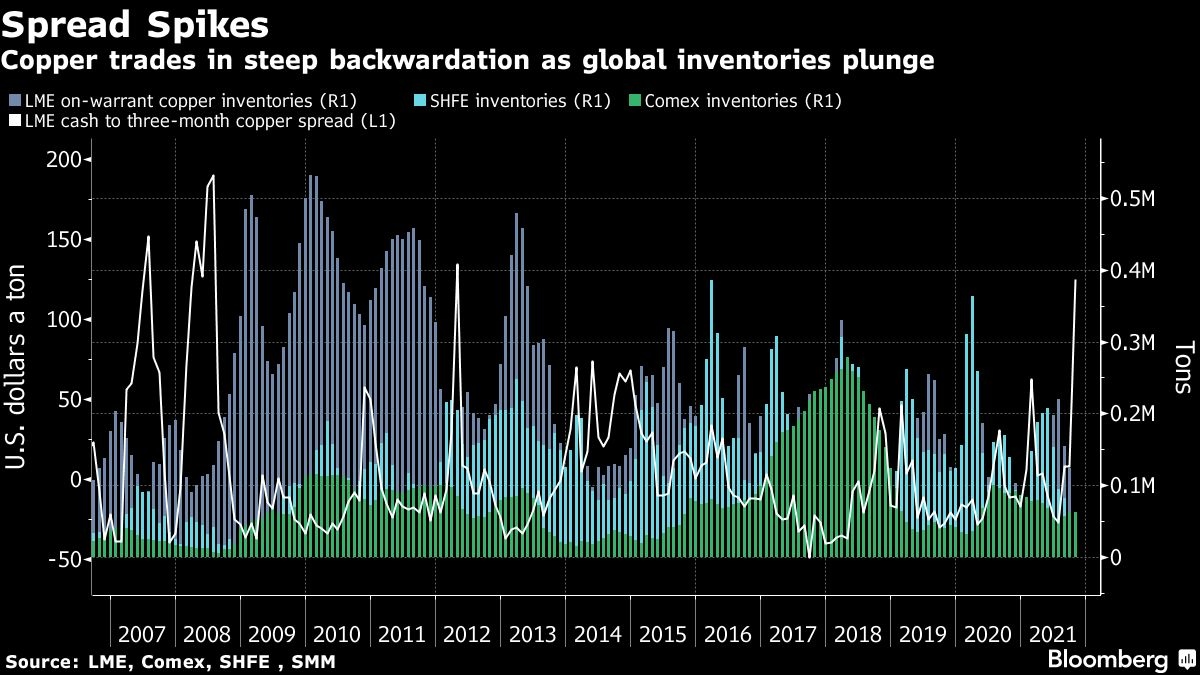 So far, the energy crisis has had an outsized impact on supply, but concerns about demand are also rising fast as manufacturers face a simultaneous surge in raw material prices across the board. The CRB BLS U.S. raw industrials spot index surged to an all-time high on Wednesday, reflecting surging prices for raw materials like hides, tallow and metals scraps that don’t trade on futures exchanges.

Strains in China are particularly evident, where factory-gate prices rose at the fastest pace in almost 26 years in September. It’s a surge that could easily spill over to other economies given the nation’s role as the world’s largest exporter.

“It is zinc’s turn” to surge as the energy crisis creates large-scale shutdowns or production cuts at smelters, said Jia Zheng, a trader with Shanghai Dongwu Jiuying Investment Management Co. Power curbs are also expanding to China’s main zinc producing provinces, she said. Some Chinese smelters had already reduced runs as they grapple with an electricity shortage fueled by record coal prices. 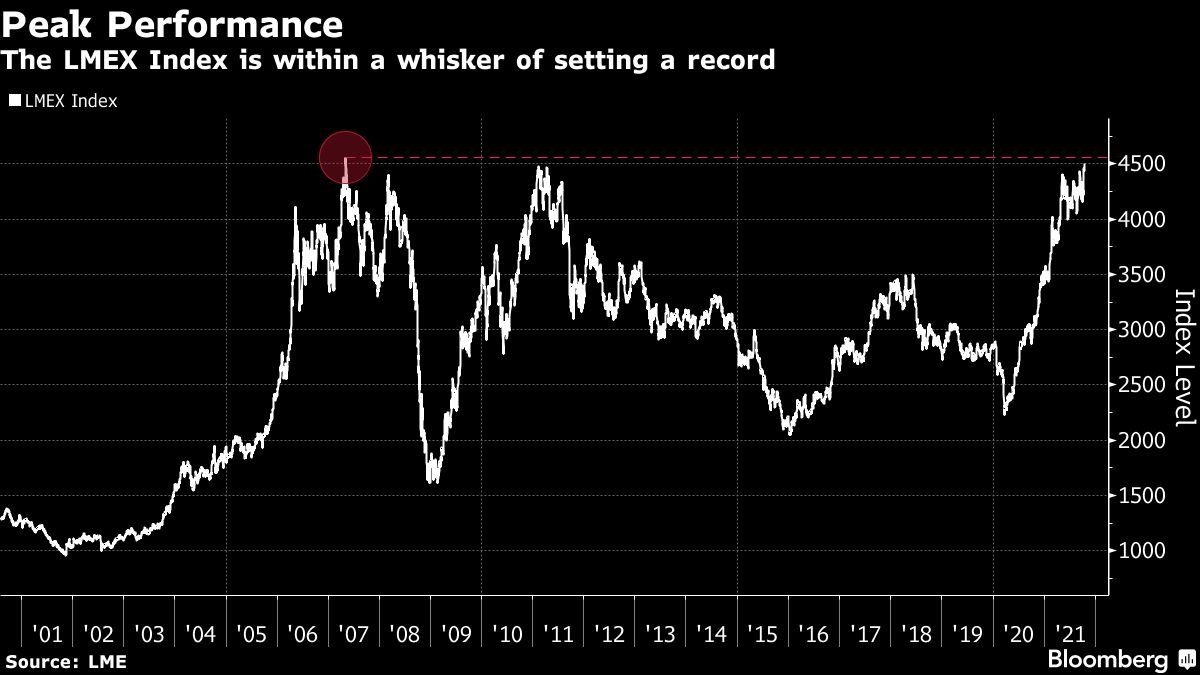 Prices may stay elevated as the energy crisis continues to impact the metals market, researcher Shanghai Metals Market said in a note on Thursday. A surplus in the global zinc market was already expected to narrow next year before the latest cuts, according to the International Lead and Zinc Study Group.

“If production were to be reduced for any prolonged period, this would presumably have a massive impact on the zinc market, which would then no doubt be seriously undersupplied,” Daniel Briesemman, an analyst at Commerzbank, said in an emailed note. “The price response certainly makes sense against this backdrop.”

Copper also spiked, with prices rising as much as 5 per cent in Shanghai amid signs of acute tightness in supply. The cash-to-three-month spread in London was trading at the biggest backwardation since 2012, as global exchange inventories plummet. Five out of the six base-metal contracts are on the LME are in backwardation, signaling broad pressure on spot supply.

In ferrous markets, iron ore futures rebounded after sliding for the past two days. The contract in China is still heading for a weekly loss of about 2 per cent as new steel output curbs for early next year are set to hurt consumption.