Tesla Inc. (TSLA.O) shares have never had a worse start to a year than in 2019, and Elon Musk is paying the biggest price.

The stock has tumbled 43 per cent this year through Thursday, lopping US$4.9 billion from the value of Musk’s stake, as Wall Street has grown increasingly skeptical about consumer demand for the company’s electric vehicles. Musk, 47, is now ranked No. 46 on the Bloomberg Billionaires Index with a net worth of US$19.7 billion, down from 29th at the start of the year.

The rout has erased a total of US$7.8 billion from the stakes of Tesla’s four biggest individual shareholders -- Musk, Tencent Holdings Ltd., Saudi Arabia’s Public Investment Fund and Larry Ellison -- including US$2.7 billion in May alone. Tesla, Tencent and PIF didn’t respond to requests for comment. Ellison declined to comment.

Ellison, the Oracle Corp. co-founder who has been a vocal defender of Musk, bought 3 million shares last year and joined Tesla’s board in December. 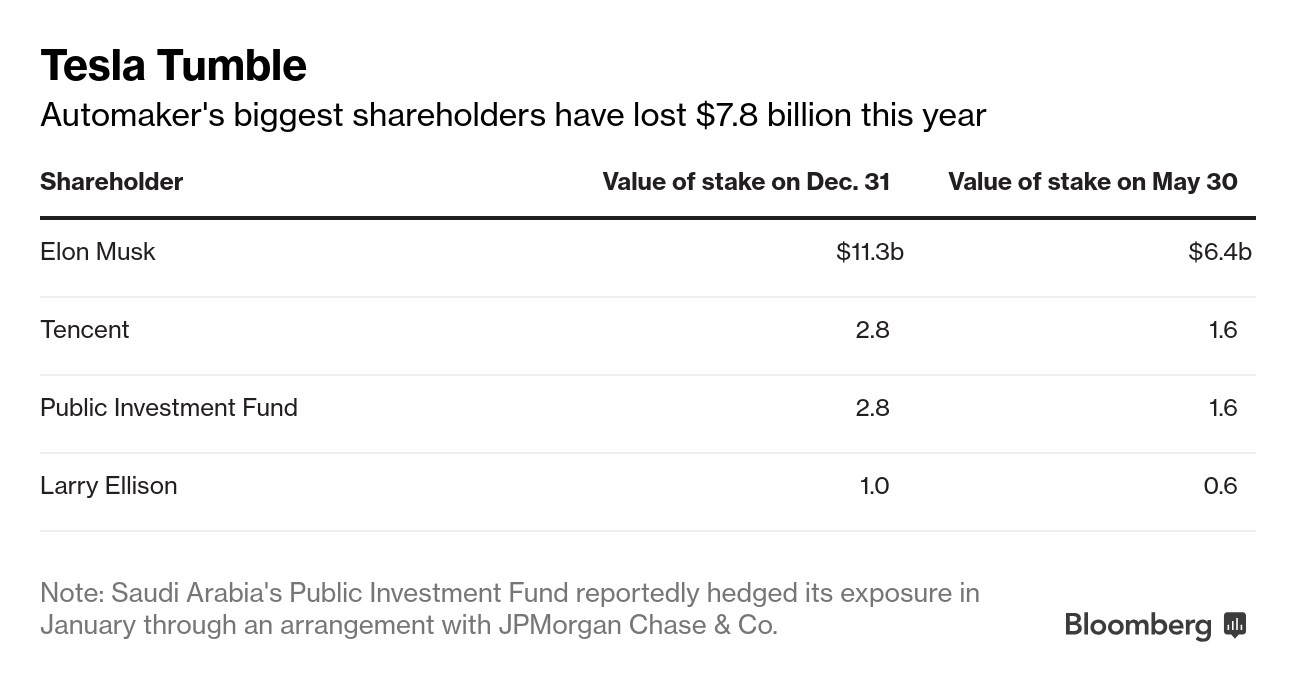 JPMorgan Chase & Co. also may be exposed. Saudi Arabia’s Public Investment Fund owns about 5 per cent of Tesla but hedged most of its holding in January through an arrangement with the bank, according to the Financial Times. Tesla’s share price has tumbled 46 per cent since the Jan. 17 transaction, meaning the value of PIF’s holding has shrunk by more than US$1.3 billion in that span. Jessica Francisco, a spokeswoman for New York-based JPMorgan, declined to comment.