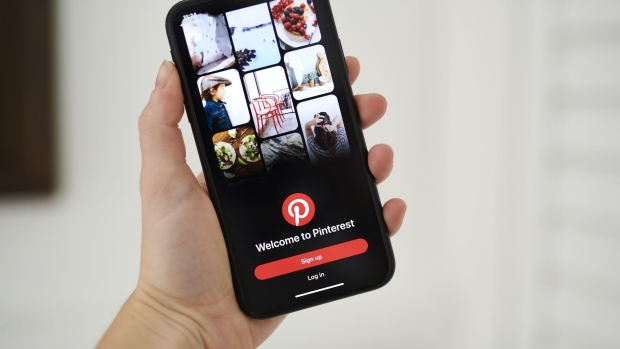 (Bloomberg) -- PayPal Holdings Inc.’s pursuit of Pinterest Inc. would be a giant leap away from its longtime image as a mere online checkout button.

For months, PayPal has been touting its ambitions to become the next global “super app,” akin to China’s Alipay and WeChat, India’s Paytm or Singapore’s Grab -- digital ecosystems that blend social media, commerce and banking.

The firm, which recently launched a high-yield savings account and shopping features, is now said to be weighing a $45 billion acquisition of Pinterest -- a visual search and scrapbooking platform that lets users save, collect and group images by theme.

“The key value proposition for PayPal would be to have an anchor in internet and/or e-commerce and social media, which helps diversify away from standard online checkout,” Mizuho Securities USA analyst Dan Dolev said in a note to clients. “PayPal could potentially add more shopping capabilities and boost its e-commerce presence, potentially competing with other large online retailers like Amazon or Shopify.”

PayPal, founded in 1998 by a group of investors including Peter Thiel and Elon Musk, got its start as a way to pay for things online at a time when many consumers were still relying on paper checks or cash to conduct e-commerce. Since then, the company has amassed more than 400 million users and its checkout button remains one of the most popular for online merchants to add to their websites.

But Chief Executive Officer Dan Schulman wants to go further and move PayPal beyond the checkout page. With Pinterest, it could glean even more data about the products consumers are actually buying.

“It is difficult to link specific consumers to specific purchases. PayPal has recently described its own aim to become more of a shopping destination by leveraging consumer data,” Barclays Plc analyst Ramsey El-Assal said in a note. “In addition, the company is pursuing the ‘super app’ concept where users are monetized more holistically, and engagement becomes an increasingly important metric. We see a potential acquisition of Pinterest as advancing both strategic initiatives.”

PayPal has gone on an acquisition spree to achieve its broader ambitions. Last year, it paid $4 billion for couponing and price-comparison app Honey Science, gaining access to valuable data on consumer buying habits through what was then its largest-ever deal.

Shares of PayPal tumbled 4.9% to close at $258.36 Wednesday after Bloomberg reported on its interest in Pinterest. The stock has gained 10% this year, trailing the 21% advance for the 75-company S&P 500 Information Technology Index.

Harshita Rawat, an analyst at Sanford C. Bernstein & Co., said she isn’t convinced about the merits of PayPal’s approach, noting that it took the company almost two years to integrate Honey’s offerings into its own.

“One can argue that if PayPal solves commerce (via Honey and Pinterest) along with financial services (which it is trying to do with their new app rollout), PayPal will be unassailable in its super-app quest. We are, however, cautious,” Rawat wrote in a note to clients. “PayPal, in our view, has had a very mixed track record of deals.”