We believe the economy is already in a recession: Fund manager

The curse of Canadian mega-cap technology stocks hit Shopify Inc. this year, and analysts see little relief ahead for the e-commerce company’s shareholders.

Shopify shares have tumbled 70 per cent in 2022 and brokerages see a gain of only 2.2 per cent for the Ottawa-based company’s shares in the next year. That’s the lowest expected return among this year’s 10 worst-performing Canadian and U.S. tech companies with market values of US$20 billion or more.

A huge rally early in the pandemic made Shopify the third technology business since 2000 to become Canada’s most valuable company. Its rise and subsequent fall is an echo of its two predecessors: Nortel Networks Corp., a darling of the dot-com era, later went bankrupt. BlackBerry Ltd. lost its dominance in smartphones and the stock has collapsed 96 per cent from its 2008 heyday.

“Shopify has suffered alongside other high-growth tech stocks over the course of the past year,” said Sylvia Jablonski, chief investment officer of Defiance ETFs. The stock soared during the last couple of years “around the idea that e-commerce was really the only commerce due to COVID.”

The company’s $57.6 billion market value ranks it 14th in size in Canada, according to data compiled by Bloomberg. At its peak in November last year, Shopify was the biggest, at $268.7 billion.

Shopify lets merchants set up websites for online sales, allowing them to manage inventory and process payments, among other things. The business boomed during the pandemic, only to come crashing down this year, hampered by an economic slowdown and an easing of COVID-19 restrictions. 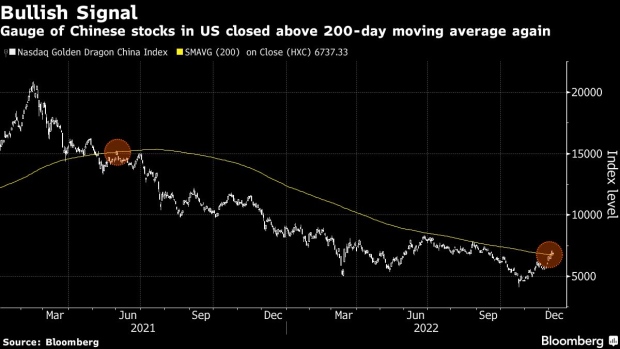 “Selling shovels to miners in an e-commerce gold rush is the perfect business,” Michael Morton, an analyst at MoffettNathanson, wrote in a note. “Shopify seized the opportunity and now powers 11 per cent of all U.S. e-commerce.”

The business, though, is becoming more capital intensive, and there are questions around its profitability, said Morton, who has a market perform rating on the stock.

Now that business is slowing, Shopify, like other big technology companies, is cutting jobs, acknowledging that its decision to expand rapidly coming out of the pandemic didn’t pay off. The company, which had net income of US$2.9 billion last year, is forecast to lose US$3.1 billion in 2022.

After the battering that Shopify’s stock has taken this year, bulls are hoping it can avoid the fate of Nortel and BlackBerry of sinking into irrelevance or worse. Shopify is second only to Amazon.com Inc. in the still-growing e-commerce industry, and it’s “miles ahead” of competitors like Wix.com Ltd., said Charlie Miner, senior analyst at Third Bridge.

Shopify’s stock is still up 1,600 per cent from its 2015 initial public offering price.