Hong Kong Is 4th Most Expensive Place in the World for Expats: ECA

Not many 24-year-old university students live in a S$1.2 million (US$875,000) penthouse, kitted out with a Herman Miller Aeron office chair and Lelit espresso machine. Especially not in Singapore, one of the world’s most expensive property markets.

Singapore Has Room to Stimulate the Economy, Says Scotiabank’s McCully

Jul.11 -- Tuuli McCully, head of APAC economics at Scotiabank, discusses Singapore’s 2Q GDP data and what it means for the economy. She speaks on “Bloomberg Daybreak: Asia.”

Shawn, whose loft-style apartment in Singapore’s leafy central Bukit Timah region was paid for entirely by his mother, is one of a lucky few. But his ranks are growing as families seek to work around cooling measures, including raised stamp duties on second and third homes, by buying properties for their children.

Data is scant but property agents say they’ve seen a noticeable up-tick in apartments being bought by wealthy families for their children since the property cooling measures came into effect in July 2018. Additional buyer’s stamp duty, or ABSD, is now levied at 12 per cent for second homes and 15 per cent for third and subsequent properties.

“Anecdotally we’ve observed more young home buyers entering the market,” said Christine Sun, the head of research and consultancy at OrangeTee & Tie Pte. She said while first-time home buyers who aren’t affected by ABSD dominate, many Singaporeans see the value of accumulating property as a store of wealth.

Prices are going in their favour, too. Data released last week from the Urban Redevelopment Authority showed private residential prices rose for the first time since the housing curbs were introduced. Dwelling values jumped 1.5 per cent in the three months through June 30, spurred by luxury apartment sales.

It’s often the parents taking the lead on the house hunting.

“The high ABSD rate has induced parents to act vicariously, using their children’s names to acquire another private residential property,” said Alan Cheong, the executive director of research and consultancy at Savills (Singapore) Pte. Parents are “either genuinely concerned that their children won’t have the wherewithal to acquire private residential properties on their own, or using the first reason as an excuse to acquire properties for themselves.” 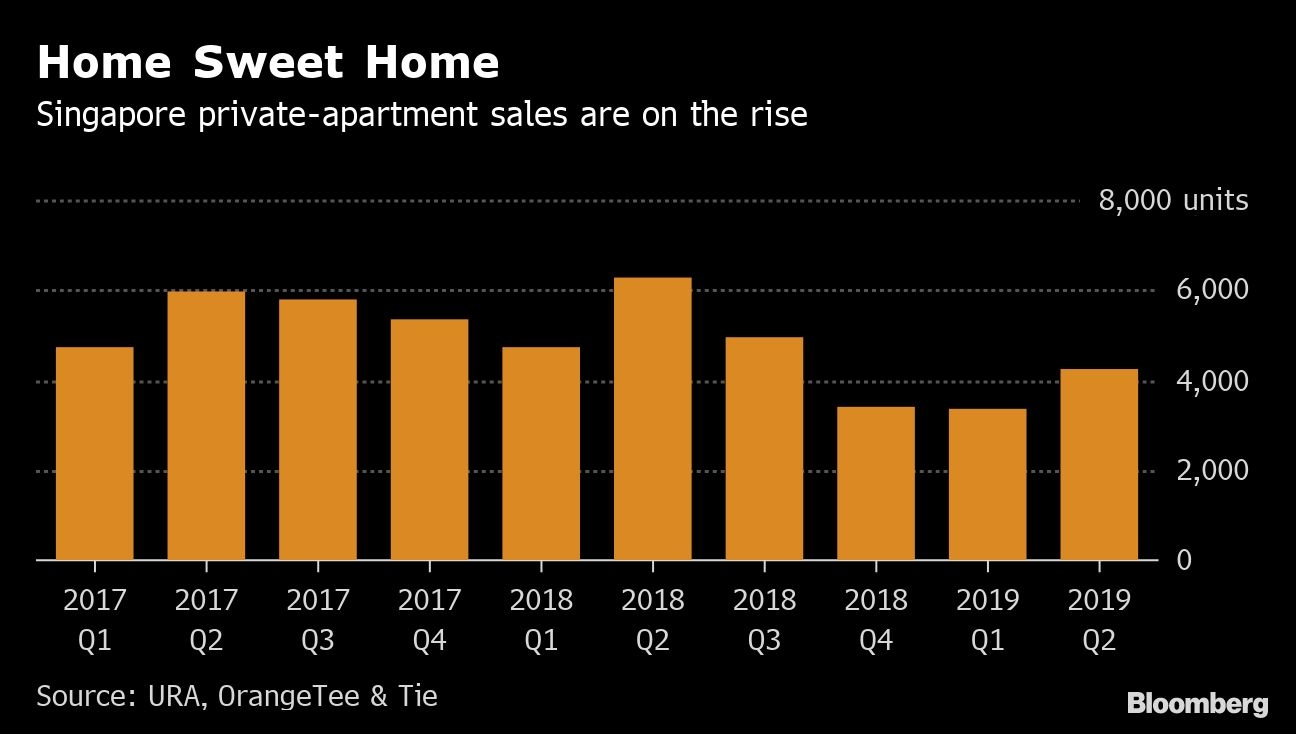 That only works if the child is old enough to own property.

If they’re underage, or below 21, Cheong says one way families are tiptoeing around the ABSD is by setting up a trust account in their child’s name, allowing the parent to hold the property for them.

“A trust is a structure whereby a parent can hold a property for their minor child,” said Edmund Leow, a senior partner at Dentons Rodyk & Davidson LLP. But “the property belongs to the child, and not to the parent.”

Property agents and lawyers that Bloomberg News spoke with said they don’t have data on the number of trust accounts being set up with that as the primary objective. But both OrangeTee’s Sun and Savills’ Cheong say more home buyers are inquiring about this option.

It is, however, a more expensive route to go down.

Nicholas Mak, head of research at APAC Realty Ltd. unit ERA Singapore, said trusts aren’t cheap to establish. “The costs involved are usually quite steep, and it’s only a viable option for the wealthiest of families in Singapore,” he said.

To be sure, Dentons’ Leow doesn’t necessarily see this as a case of tax avoidance.

“This is not a way to avoid stamp duty,” he said. “The liability for ABSD will be assessed looking at the profile and property count of the child beneficiary. For example, any rental income, or proceeds of a subsequent sale, will belong to the child,” and not the parent who bought the property. 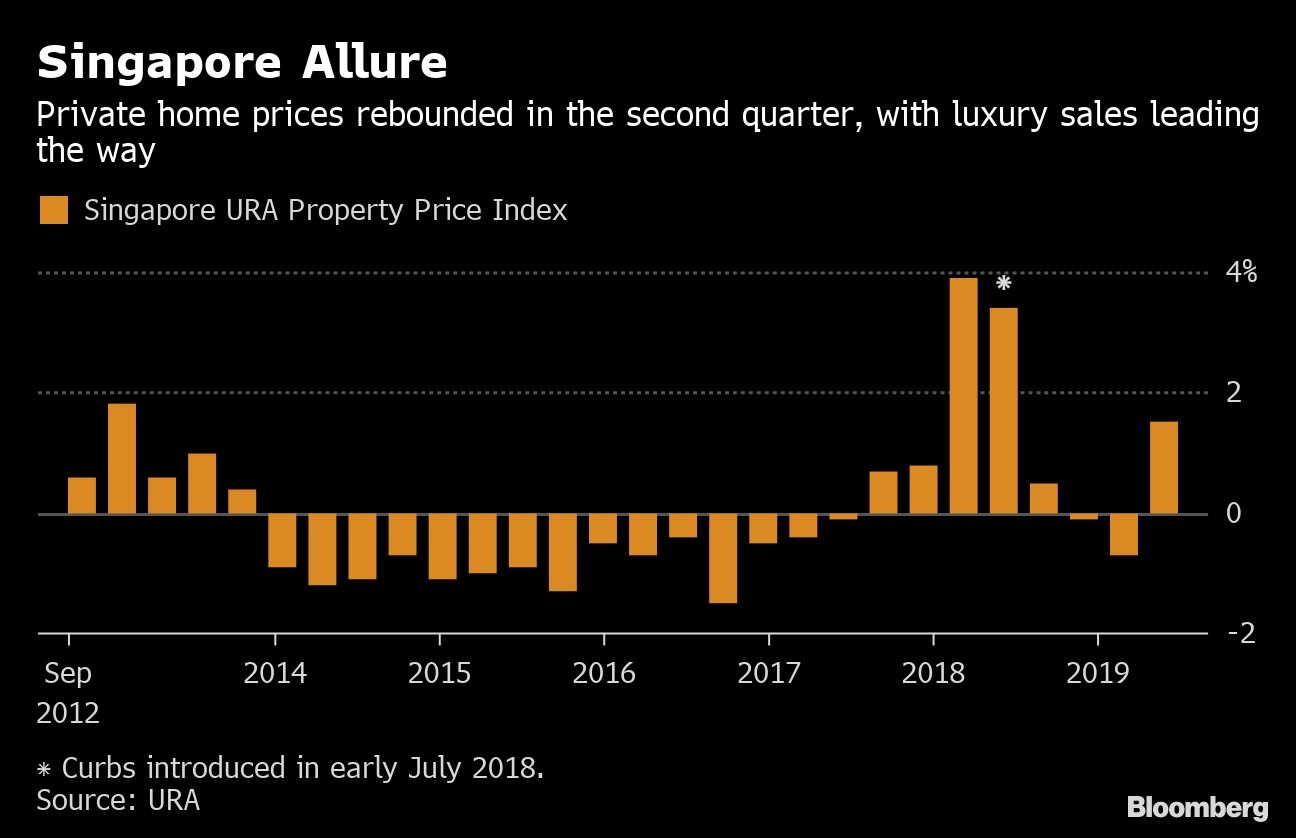 For people like Shawn, who asked that his surname not be used given the sensitive nature of the transaction, that could mean additional expense in the future. Unless he sells the penthouse his parents have gifted him, any future property purchases would be counted as his second home, and incur ABSD.

“It’s definitely uncommon to own property in Singapore at my age and I’m appreciative of the fact that I do have my own house,” he said, seated in his living room dotted with handmade Swedish, Japanese and Thai ceramics. “It’s a privilege and something I know a lot of people cannot afford to do.”