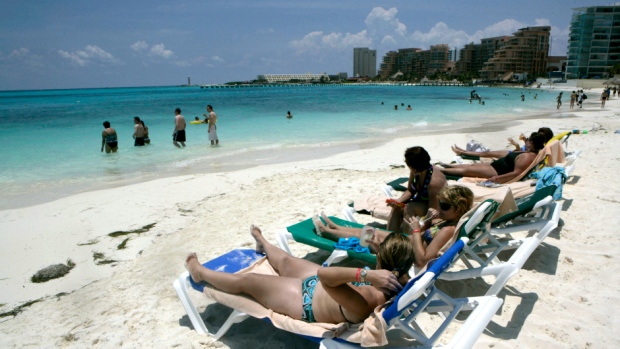 Tourists on a beach in Cancun, Mexico , AP Photo/Israel Leal

If you’re a budget-conscious traveller who thinks that staying in the country will save you money on airfare, you may want to reconsider.

Flight comparison website Cheapflights.ca has released its latest annual Compass Report, which ranks travel destinations by their popularity and their affordability. It’s based on an analysis of more than 11.5 million searches made by users from six major Canadian markets — Calgary, Ottawa, Montreal, Toronto, Vancouver and Winnipeg — between May 1, 2015 and April 30, 2017.

But the cheapest places to fly to aren’t necessarily at the top of Canadians’ wish lists. Of the 10 most affordable cities, only New York and Cancun made it to Cheapflight’s list of the 10 most popular destinations, on which Delhi ranks No. 1, followed by London and Manila. Toronto, Cancun and Paris edged out Los Angeles, Fort Lauderdale and Orlando, which were on the list of favourites last year.

The report also contains cost-saving tips for those who are willing to be more flexible with their travel plans. For instance, Asia is becoming more affordable than Europe; it’s cheaper to fly to Beijing than to Dublin or Amsterdam. And if you choose Cancun over Puerto Vallarta, you can potentially save $84. 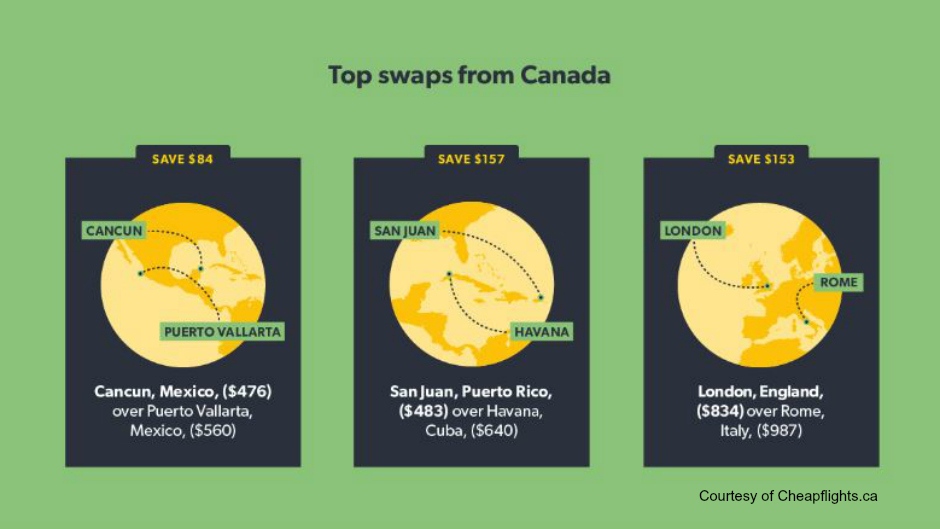 Top 10 most affordable cities for Canadians, according to average roundtrip airfare: