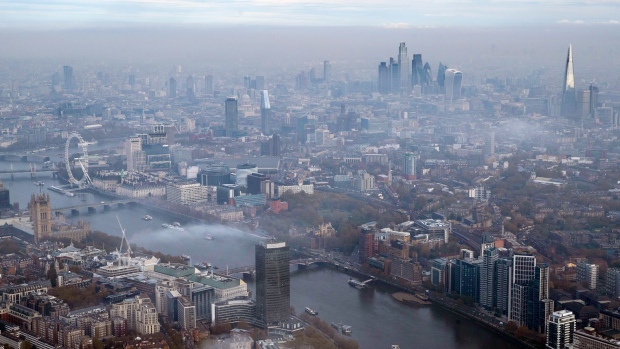 (Bloomberg) -- The Collective, an operator of small apartments in London and New York that offer communal lifestyles for young urban professionals, has fallen into administration after failing to find a buyer.

FTI Consulting has been appointed to assess potential options for the privately held firm following unsuccessful attempts to raise capital from investors and undertake a sale, according to a statement from FTI on Thursday. Some of the firm’s 62 employees will likely be dismissed in the coming weeks.

The firm had appointed Credit Suisse Group AG to conduct a strategic review which could have led to a full or partial sale, Bloomberg reported in June. The nascent co-living market, with its small units and focus on shared amenities, has been hard hit by the pandemic as government restrictions forced operators to suspend some perks, limit mixing and stop all but essential travel.

“It is incredibly disappointing that a sale of the group has not been achieved,” Matthew Callaghan, a senior managing director at FTI, said in the statement. “We will continue to work with the various stakeholders to ensure a smooth transition.”

The Collective’s current portfolio includes properties in west London and the capital’s Canary Wharf district, as well as the Paper Factory in Long Island City, New York. Members get access to facilities including gyms, co-working spaces and a library, and can stay there for months or just days at a time. The Canary Wharf and Old Oak venues in London will remain open and operational, FTI said.

The pandemic has seen occupancy levels at The Collective slide, and the firm has faced delays in the development of non-operational assets, according to the statement. London’s popularity also continues to lag global cities such as New York in the wake of easing lockdown restrictions, with rents struggling to return to pre-Covid levels.

The Collective also has four sites under construction and 13 in the pre-development phase across the U.K., Ireland, Germany and the U.S., according to the statement.