(Bloomberg Opinion) -- Uber Technologies Inc. and Lyft Inc. won a big victory on a state ballot measure that could have threatened their businesses by changing their relationship with workers. But this positive result doesn’t mean the ride-hailing giants won’t face more battles elsewhere. They can use this reprieve to do something about an issue that needs to be resolved for the gig economy to function.

On Tuesday, California voters approved Proposition 22, which allows gig economy firms to classify their workers as independent contractors instead of employees as required by state labor laws. Before the vote, the industry had argued they would be forced to shutter their services or dramatically raise prices if they lost, citing the inability to pay for the type of benefits awarded to full-time employees such as overtime, unemployment insurance and healthcare. Shares of Uber and Lyft surged by more than 11 per cent Wednesday as investors celebrated the status quo for the companies’ cost structures.

It may be tempting for Uber and Lyft to rest easy after the win, but that isn’t going to work. The current state of affairs  — one where gig workers do not have much of a safety net — isn’t sustainable. For the industry to thrive, it needs to provide for drivers and delivery people, too. And the politics surrounding the issue are still in play. In July, Massachusetts sued the ride-hailing companies, contending they were misclassifying their drivers which is similar to what has occurred in California. Analysts have said New York, New Jersey, Connecticut and Illinois could consider similar moves or legislation. And there is bound to be more fits and starts around the world as politicians are cognizant of the need to protect gig economy workers. Uber and Lyft can continue to be a big part of the problem, or they can be a big part of the solution. 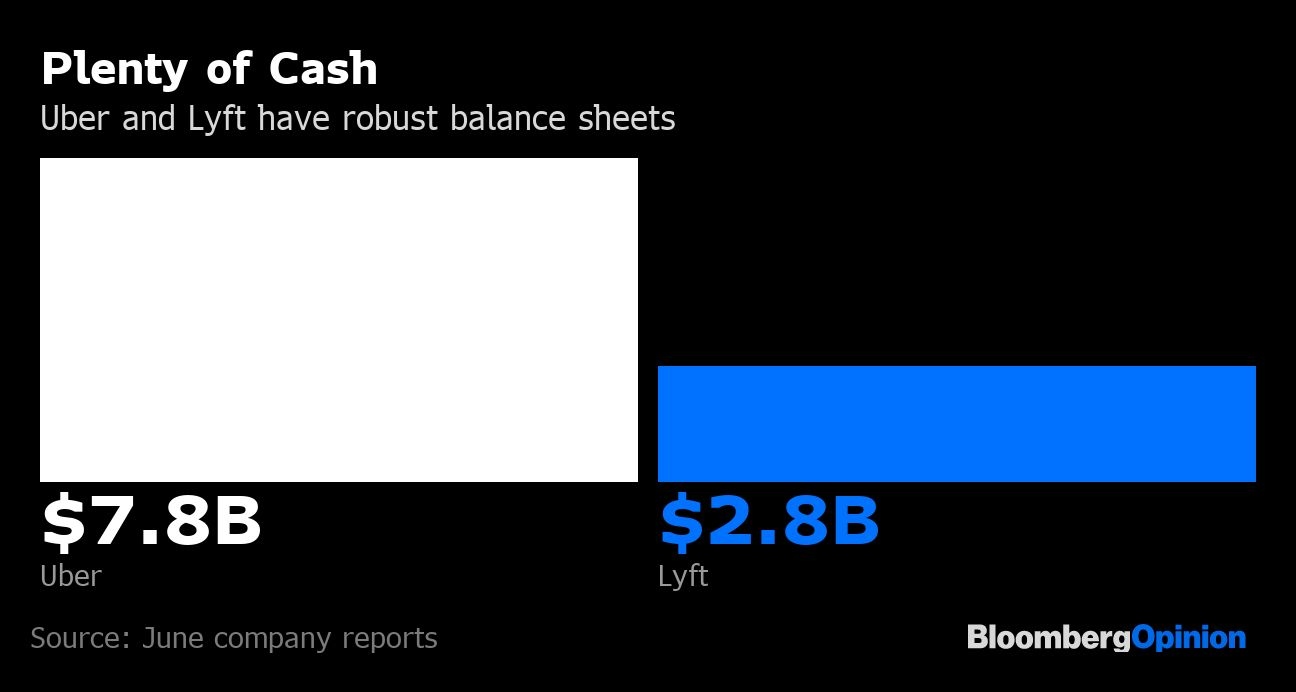 A good start would be a plan Uber CEO Dara Khosrowshahi himself advocated for over the summer. In a New York Times op-ed, the executive said his industry’s workers deserved better and suggested new laws that would require all gig-economy companies to create special funds earmarked for benefits. These would accrue to drivers based on total time worked and could be used for health insurance or paid time off. Khosrowshahi also suggested companies should be forced to give medical and disability coverage as well, adding the caveat Uber couldn’t do so under current laws without risking the independent contractor status for its workers.

These are all good ideas. But instead of hiding behind the need for new legislation, why shouldn’t Uber and Lyft just move first? I’m sure the companies could work out agreements with governments to allow them to provide extra benefits without regulatory consequences. Beyond that, the ride-hailing firms should be willing to pay extra for long work days and contribute to states’ unemployment insurance pools. That’s only fair.

The ride-hailing companies can certainly afford it. Despite the Covid-19 travel recession this year, both companies have significant financial resources. Moreover, it would be quite strange for an industry to say they can’t provide the basic modicum of benefits for workers after spending $200 million supporting a state ballot measure.

This would be a good time for Uber to show some real leadership. The technology company has grand plans to extend beyond ride-hailing and food delivery to become the Amazon.com of local commerce, delivering all sorts of goods over the last mile. That was the logic behind its deal earlier this year to acquire Postmates Inc. and merge it with Uber Eats. By reaching a compromise on worker benefits, it can build goodwill necessary with prospective employees and business partners to successfully undergo its business transformation.

The Proposition 22 result does put gig economy companies in a better position for now. But it would be wise for the industry to focus on fixing its core worker-benefits problem. When the two companies report their latest financial results — with Uber’s coming after the close on Thursday and Lyft on Tuesday — much of the focus may move to current ride-hailing demand trends amid the pandemic. But both firms will also have the opportunity to share their own solutions following the ballot victory. Let’s hope they use it.