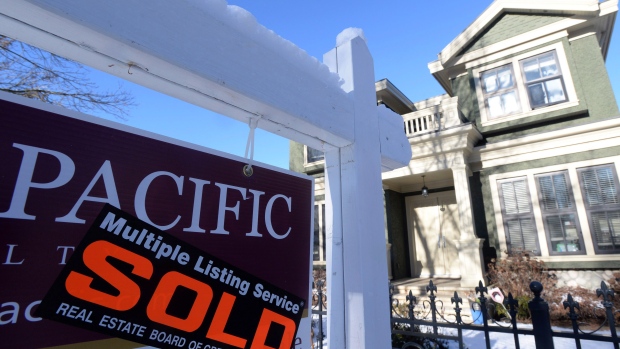 A real estate sold sign is shown outside a house in Vancouver, Tuesday, Jan.3, 2017. , THE CANADIAN PRESS/Jonathan Hayward

VANCOUVER - The Real Estate Board of Greater Vancouver says the market is heating up so fast that home sales in the region doubled between January and February and have climbed by more than 70 per cent since last year.

February sales were so strong that REBGV says they were 42.8 per cent higher than the month's 10-year sales average.

The MLS home price index composite benchmark for all residential properties in Metro Vancouver reached just over $1 million in February, a 6.8 per cent increase.

REBGV says the market is shifting in favour of sellers because housing supply listings aren't keeping up with the demand and competition among homebuyers is pushing up prices.