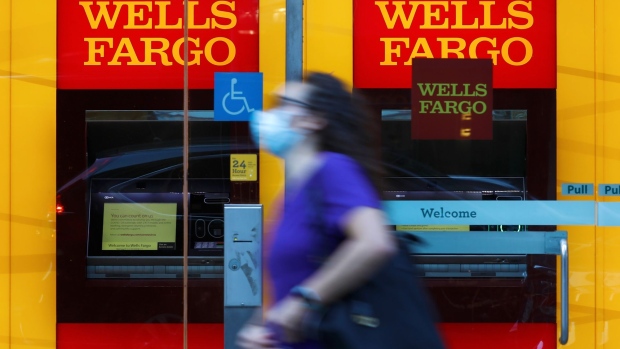 Wells Fargo & Co. is exploring the sale of its asset-management unit as the biggest banks choose paths of diving deeper into the business or getting out.

The Wells Fargo unit could fetch more than $3 billion, according to a person briefed on the matter, who said the bank began discussing a possible deal with other asset managers and private equity firms last month. Wells Fargo expects to receive bids on the unit this month, though a divestment isn’t certain, said the person, who asked not to be identified because the talks are private.

Asset management has seen a wave of consolidation in recent years, with big banks either bulking up their divisions in search of efficiencies or selling them to rivals eager to grow. Morgan Stanley agreed this month to buy Eaton Vance Corp. for US$7 billion, making it one of the firms -- JPMorgan Chase & Co. and Goldman Sachs Group Inc. among them -- with US$1 trillion-plus of assets under management.

Asset managers are responding to a squeeze on fees from cutthroat competition and a shift to passive fund management. Among major U.S. banks, Wells Fargo is a mid-size player in the sector, with $607 billion in assets under management at the end of September, while rivals Citigroup Inc. and Bank of America Corp. don’t have a major presence in the business.

A Wells Fargo spokesperson declined to comment, as did a representatives for State Street and Russell Investments,. Representatives for Allianz, Natixis, Ameriprise, KKR and TA Associates didn’t immediately respond to requests for comment.

Wells Fargo Chief Executive Officer Charlie Scharf, who took over last October, is preparing to lay out his vision for turning the bank around after scandals under his predecessors. He told analysts this month he’s exploring a wide range of options and that he would provide more information to investors in January.

Shares of the San Francisco-based company rose 0.1 per cent to US$23.28 on Friday, and have slumped almost 57% this year.

=The pressure on small and medium-size asset managers comes from the very top of the industry, which is dominated by index-fund giants BlackRock Inc. and Vanguard Group Inc. The high costs of technology and complying with regulations are also weighing on money managers.

The industry has been shrinking as a result. Franklin Resources Inc. bought Legg Mason Inc. earlier this year, and Invesco Ltd. purchased OppenheimerFunds from Massachusetts Mutual Life Insurance Co. in 2019. Janus Henderson Group Plc was formed through a merger of two money managers in 2017. Deutsche Bank AG spun off DWS Group in 2018, though it still owns almost 80 per cent of the asset manager.

Signs point to more dealmaking on the horizon, even for companies that have participated in the spree already: Nelson Peltz’s Trian Fund Management LP disclosed 9.9 per cent positions in both Invesco and Janus Henderson, as the activist fund envisions more mergers in the asset-management arena.

Since taking over Wells Fargo, Scharf has been closely scrutinizing each of the firm’s business lines and developing strategy changes. As part of that, he’s promised a simpler structure that focuses on Wells Fargo’s key units. The firm, still under a Federal Reserve-imposed asset cap, has also launched a job-cutting initiative that could ultimately lead to reductions in the tens of thousands.

“We’re very actively looking at all of the portfolios and all the businesses,” Scharf said earlier this month. “We’re going to continue to exit some things which aren’t core to the U.S. banking franchise that we are.”