In Denmark’s US$495 billion mortgage-backed covered bond market, another milestone was reached on Wednesday as Nordea Bank Abp said it will start offering 20-year fixed-rate loans that charge no interest.

The development follows an announcement earlier in the week by Jyske Bank A/S, which said it will start issuing 10-year mortgages at a coupon of minus 0.5 per cent. Danes can also now get 30-year mortgages at 0.5 per cent, and Nordea recently adjusted its prospectus to allow for home loans up to 30 years at negative interest rates. 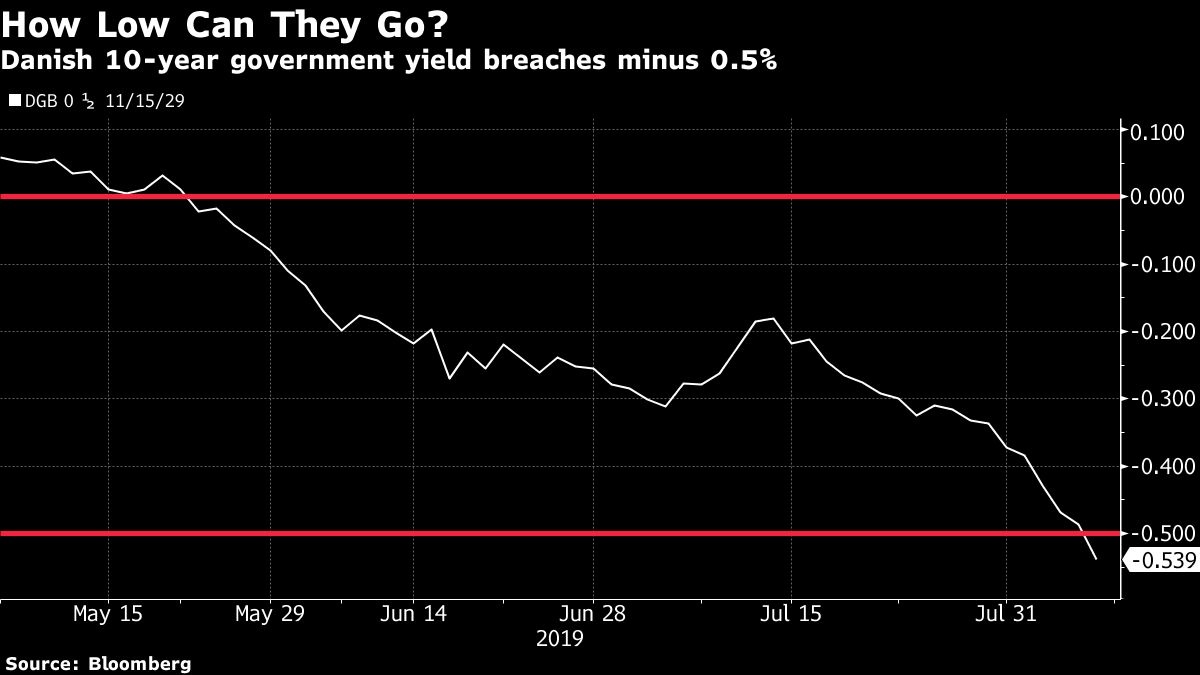 “It’s never been cheaper to borrow,” Lise Nytoft Bergmann, chief analyst at Nordea’s home finance unit in Denmark, said in an email. “We expect this to contribute to driving home prices higher.”

Though good news for homeowners, Bergmann said the development is “almost eerie.”

“It’s an uncomfortable thought that there are investors who are willing to lend money for 30 years and get just 0.5 per cent in return,” she said. “It shows how scared investors are of the current situation in the financial markets, and that they expect it to take a very long time before things improve.”