Anyone who still believes exchange-traded funds are synonymous with passive investing just got a US$200 billion wake-up call.

That’s how much active ETFs currently manage after taking in US$17.5 billion so far in 2021 -- bringing their total assets to almost double the level a year earlier, according to data compiled by Bloomberg. While those products still make up only 3.5 per cent of the US$5.7 trillion industry, they’ve been steadily growing -- with inflows reaching a record of over US$55 billion in 2020.

Actively managed funds have made a name for themselves as the next frontier of investing, with ETFs no longer confined to low-cost index-tracking and talented stock pickers delivering big returns. Cathie Wood, the head of Ark Investment Management, whose assets have soared to about US$50 billion from US$3.6 billion a year ago, has been the poster child for those products. Five out of the seven funds managed by Wood are actively managed, with her flagship Ark Innovation ETF (ARKK) adding US$4.2 billion so far this year and notching another record week of inflows. 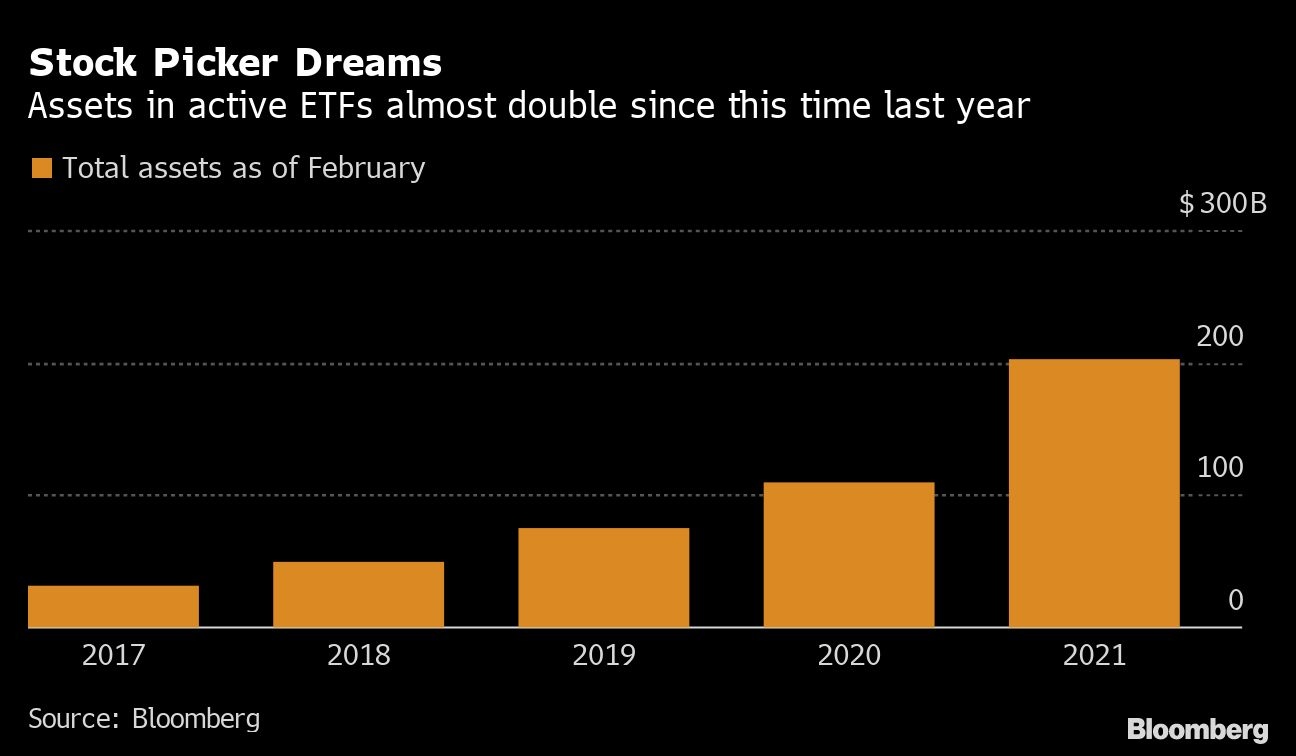 “They’ve definitely been on a growth trajectory, just constantly gaining share,” David Perlman, an ETF strategist at UBS Global Wealth Management, said, referring to active funds. “It’s certainly where a lot of the action in the ETF space is happening.”

Adding to the interest around actively managed ETFs are the new non-transparent funds -- which shield their holdings from front-running -- and were launched by firms such as American Century and T. Rowe Price Group Inc. The category could reach US$3 billion in assets by the end of the year, according to Bloomberg Intelligence.

“I don’t think we’ll see the growth we’ve seen in active ETFs dissipate at all,” said Ryan Sullivan, senior vice president of Brown Brothers Harriman’s global ETF services. “That popularity and that investor interest in active ETFs will be probably the most important aspect to watch for 2021.”