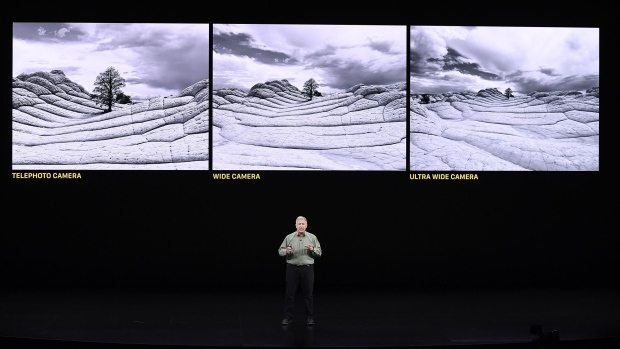 Phil Schiller, senior vice president of worldwide marketing at Apple Inc., speaks about iPhone Pro during an event at the Steve Jobs Theater in Cupertino, California, U.S., on Tuesday, Sept. 10, 2019. Apple unveiled the iPhone 11 that will replace the XR and start at $699. , Bloomberg

Apple Inc. said Senior Vice President of Worldwide Marketing Phil Schiller is stepping aside and will be replaced in the most prominent marketing job in the electronics industry by Greg Joswiak.

Schiller, 60, who has been at Apple since 1987, will move to an “Apple Fellow” role, the company said Tuesday in a statement. Joswiak, a veteran leader in the product marketing organization, is being promoted to Schiller’s SVP position, Apple said.

Schiller and Joswiak have had central roles in some of the most successful product launches in the history of consumer electronics and computing. Apple’s consistent ability to charge higher prices than rivals comes, in part, from the company’s brand and the ability of its executives to sell the idea that it’s a technology innovator.

In Schiller’s new role, he will continue to oversee the App Store and Apple events, and will report to Chief Executive Officer Tim Cook. Joswiak will be responsible for Apple’s product management and product marketing, developer relations, market research, business management, as well as education, enterprise and international marketing, the company said.

Joswiak, who has worked at Apple for more than 20 years, has “overseen the product management and product marketing for numerous breakthrough products including the original iPod and iPhone,” Apple said.

Schiller said he wants more time for “planned changes in my life,” including “family, friends and a few personal projects I care deeply about.”