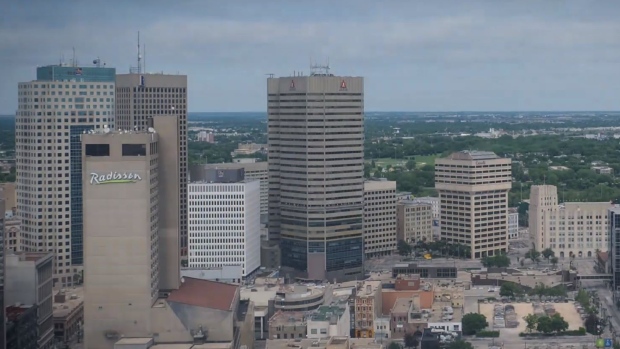 An Artis REIT building is seen in a promotional video from the company. , Image courtesy of www.artisreit.com

Artis Real Estate Investment Trust has drawn takeover interest from prospective suitors including Morguard Corp. and Slate Asset Management LP, as well as an affiliate of TPG, according to people with knowledge of the matter.

Artis Chief Executive Officer Armin Martens has also held discussions with prospective partners and lenders regarding a takeover offer of his own, said the people, who requested anonymity because the matter is private. An affiliate of the Blackstone Group Inc. also indicated interest in the company but is no longer actively pursuing it, one of the people said.

Representatives for Artis, TPG, Slate, Blackstone and Martens declined to comment. A representative for Morguard didn’t immediately respond to a request for comment.

The company, based in Winnipeg, Manitoba, owns office, retail and industrial properties across the U.S. and Canada.

In August, Artis said it had retained advisers for a review of strategic alternatives, noting it didn’t expect to disclose further developments until its board of trustees either approves a transaction or concludes the review. Like many diversified REITs, its stock trades at a discount to its net asset value, which was US$15.56 per share as of Dec. 31.

Artis owns about 24.8 million square feet of leasable space and its portfolio is 49 per cent comprised of office assets, 18 per cent retail and 33 per cent industrial, according to disclosures.