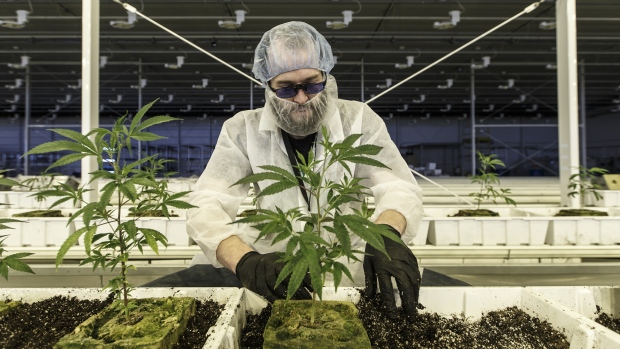 An employee tends to marijuana plants at the Aurora Cannabis Inc. facility in Edmonton, Canada. , Bloomberg

EDMONTON -- Aurora Cannabis (ACB.TO) says it will supply medical cannabis to Mexico through a partnership with pharmaceutical manufacturer and distributor Farmacias Magistrales.

Farmacias recently got the green light to import cannabis, which Aurora says is the first and only import license granted by federal Mexican authorities to date.

The Edmonton-headquartered pot producer says Farmacias has a reach of roughly 80,000 retail points, and 500 pharmacies and hospitals across Mexico.

It adds that Farmacias has also received licences from Mexico's Federal Commission for Protection Against Health Risks to manufacture and distribute products with CBD and THC.

Shares of Aurora rose as much as 10 per cent to hit $7.82 in intraday trading on the Toronto Stock Exchange.