Bitcoin’s having its worst week this year, and the rest of the cryptocurrency market isn’t doing much better.

The world’s largest digital asset fell about 15% this week to around $10,145, the biggest five-day slide since November. The Bloomberg Galaxy Crypto Index has slumped about 12%, only the worst drop in four weeks.

“People thought at certain points in the last year or so that cryptocurrencies would become the flight to safety trade,” said Matt Maley, an equity strategist at Miller Tabak + Co. “The cryptocurrency is losing some of that luster of being considered a safe asset.” 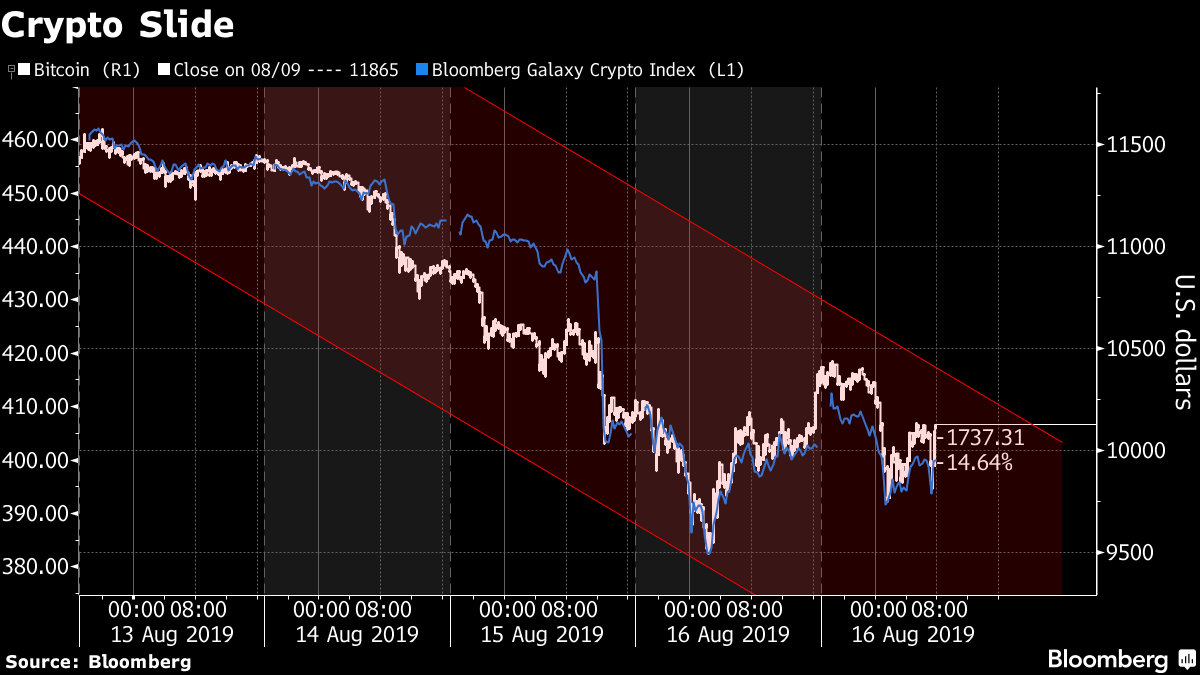 Based on an analysis of price-chart patterns, the outlook appears pessimistic, with each new high being lower than the last. For Bitcoin to break this trend it would need to break above its latest high which was $12,316 on Aug. 6. Any further high that doesn’t break that level would likely further validate the current down channel. 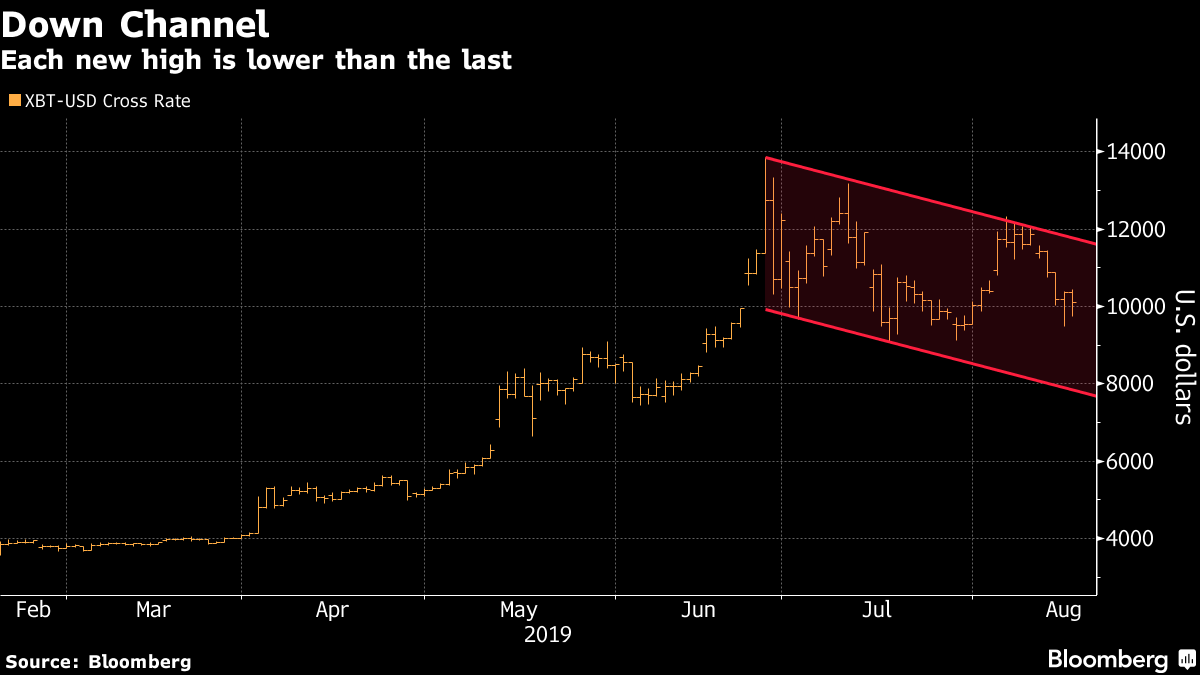