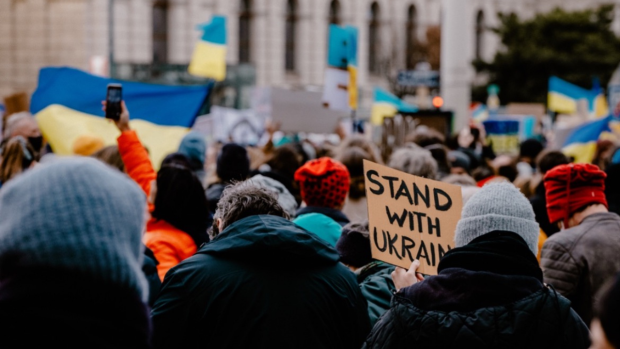 Type 1 diabetics have an ever-dwindling supply of insulin in war-ravaged Ukraine. A fundraiser is aimed at buying insulin and flying it to them using drones.

As if Russia’s brutal warfare hasn’t destroyed the lives of one too many Ukrainians already, residents of the war-ravaged nation face an additional deadly peril: the lack of medical aid is creating silent casualties of war, including type 1 diabetics who need insulin to survive.

“Sadly, we can’t stop the immediate loss of life from the savage destruction of Russian warfare, but those living in extreme privilege can easily save the lives of what would be needless casualties of war by providing direct medical aid to those who require medication to stay alive. That’s how we can help.”– Arlen Hansen, president and CEO of Kin Communications

To assist with this urgent need, Arlen Hansen of Kin Communications has launched a GoFundMe campaign to immediately raise $250,000 to deliver medical supplies and medication, specifically insulin, for the type 1 diabetics in Ukraine in urgent and dire need of the medication to stay alive.

“It’s a matter of life or death,” says Arlen Hansen, president and CEO of Kin, who is leading the fundraising efforts to purchase the insulin and helped co-ordinate the coalition of companies on board. A type 2 diabetic who has family and friends who are type 1, he says the idea was sparked by a CNN story on a shortage of insulin in Ukraine since the start of the Russian invasion.

“Watching the news, it’s easy to be overwhelmed and feel helpless,” Hansen says. “I wanted to say, ‘this is how you can help.’ We wanted to provide a very simple solution where people know exactly where their money is going—to save the life of a type 1 diabetic.

“Sadly, we can’t stop the immediate loss of life from the savage destruction of Russian warfare, but those living in extreme privilege can easily save the lives of what would be needless casualties of war by providing direct medical aid to those who require medication to stay alive. That’s how we can help.”

Here’s how the group of friends and business associates are helping:

“As quickly as we can get the needle-free devices filled, they will be deployed,” Hansen says.

The March 18 CNN article that grabbed Hansen’s attention reported that although Ukraine had enough supply of insulin to last up to three months, access to additional insulin was limited and type 1 diabetics in high-conflict zones were being cut off from insulin supply.

An additional challenge is that because insulin is a temperature-sensitive product, quick and safe transportation of the medicine is a top priority, making a quick delivery to areas of conflict essential.

"There is little chance of survival for type 1 diabetics who do not have access to insulin and will most likely become silent casualties of war if they do not receive access to this lifesaving medicine,” Hansen says.

Insulin comes at a significant cost, which is why Hansen and Kin, an investor relations agency, hope to provide ongoing support for diabetics in Ukraine who have already lost so much during the Russian invasion. $17.50 per day is enough to provide enough insulin for one type 1 diabetic, and a monthly supply of insulin costs roughly $520 per type 1 diabetic.

Donors who wish to make charitable donations to the cause can visit www.droneaid.co.

For more information on the companies and groups involved in this campaign, go to the links below: