The soon-to-be legal recreational cannabis market could be worth close to $6.5 billion by 2020, and could even top sales of spirits in Canada, according to a new report by CIBC analysts.

The federal government is aiming to legalize cannabis sometime this year.

Provinces will be the “greatest winners” from legalization, but the “the shift from the black market will be a boon to private enterprise as well,” CIBC analysts John Zamparo, Prakash Gowd, and Mark Petrie wrote in the report.

“The bulk of the value generated from this industry will accrue to Canada’s provinces,” the analysts wrote. “In fact, we estimate that provinces will generate over $3 billion of income, either in the form of earned profits or taxation revenues.”

Furthermore, the CIBC analysts estimate that the private sector will be able to generate close to $1 billion in EBITDA (earnings before interest, taxes, depreciation, and amortization), with 85 per cent coming from production, and the rest from retail.

When it comes to the medical cannabis market specifically, the report forecasts that business could be worth $267 million in the next two years, an increase of 42 per cent from CIBC’s 2017 estimate of $188 million.

The report also forecasts that M&A in the marijuana market will maintain its “frenetic pace” as “producers flush with cash” quickly look to increase capacity and international exposure.

The report’s findings are based on data from the distribution of alcohol over the past several decades in Canada, provincial disclosures, and public statistics. 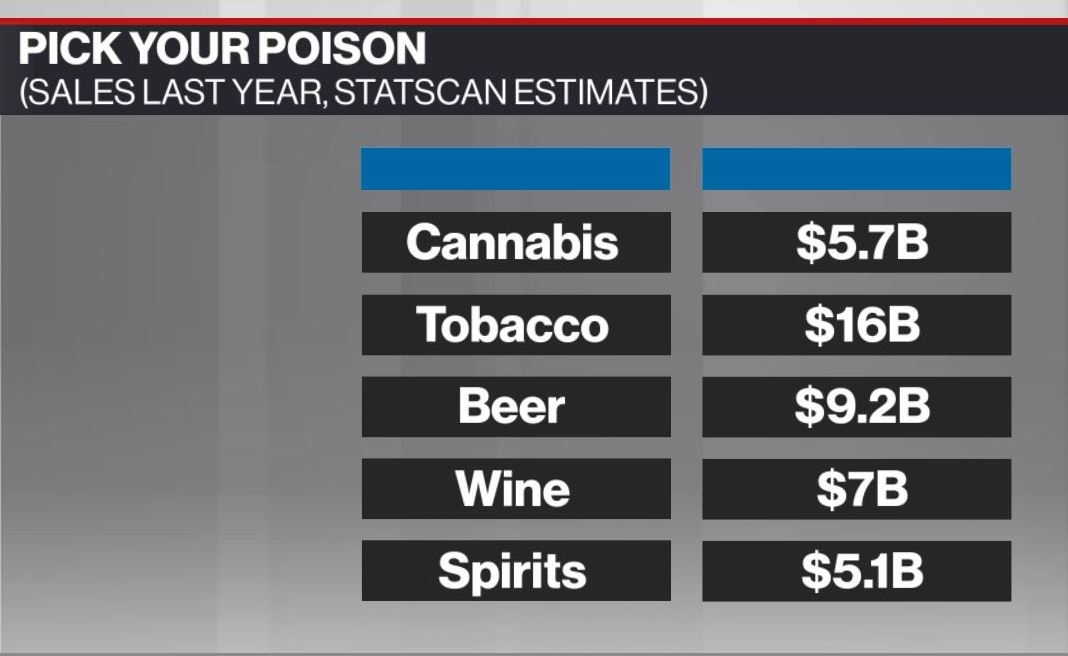