Canadian retail sales have plunged by about one-quarter over the past two months as the sector was hit by the pandemic induced shutdown.

Retailers sold 10 per cent fewer goods in March than February, Statistics Canada said Friday in Ottawa. April was even worse, with preliminary estimates for a further 16 per cent drop last month, the agency said. Both are record declines.

The data reveal the extent to which nationwide lockdowns and surging unemployment have been curtailing consumer spending. The damage will only worsen in April, when strict social distancing measures and the closing of nonessential businesses were in effect for the entire month.

Only a limited number of retailers like supermarkets and pharmacies have been allowed to stay open during the crisis, but provinces across Canada have been implementing various phases of reopening this month which should help the sector rebound.

“Despite the terrible showings for March and April, the easing of restrictions should lead to some ground being regained from this point on for retailers,” Royce Mendes, an economist at CIBC World Markets, said in a report to clients. 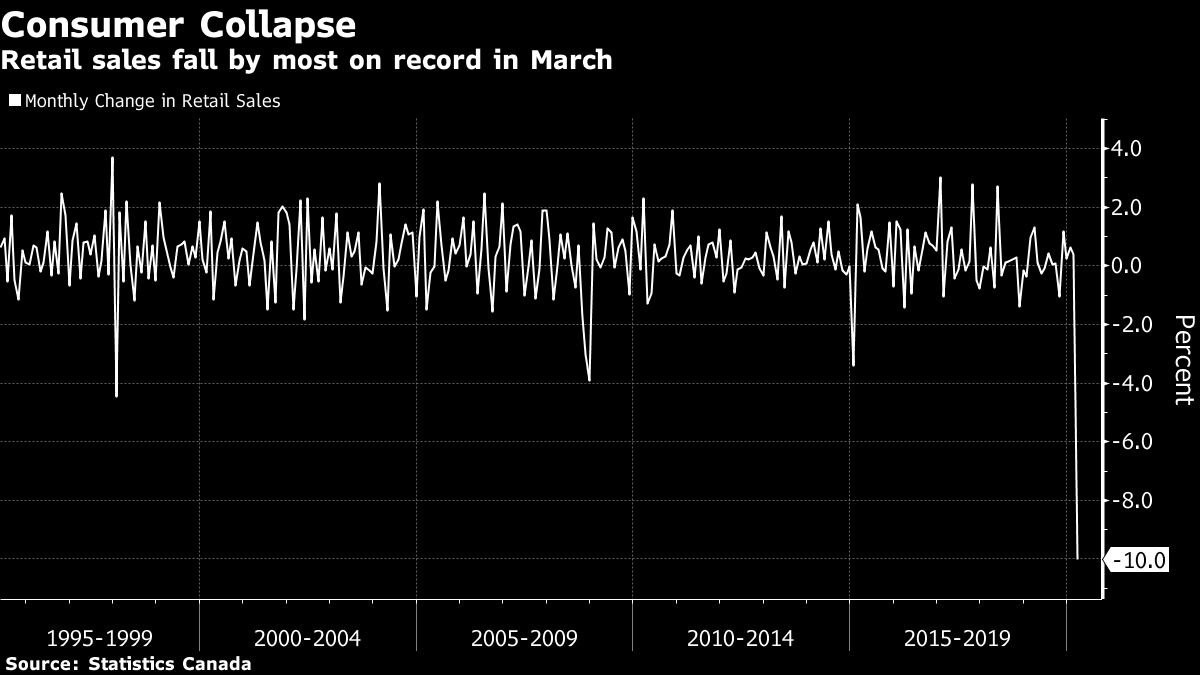 Canada’s retail weakness in March was similar to that experienced in the U.S. and other countries. Like Canada, declines in U.S. retail sales were led by motor vehicle and parts dealers and clothing and accessories stores, the report said.

Stores that remained open saw a surge in sales, particularly supermarkets. Food and beverage retailers recorded a 23 cent jump in March. Based on respondent feedback, about 40 cent of retailers closed their doors during March, Statistics Canada said.

In volume terms, which strip out the effects of price changes, March sales fell 8.2 per cent.

E-commerce was a bright spot with many Canadian retailers opening or expanded their online platforms in March. Online sales were up 40.4 per cent in March from a year earlier, the agency said.