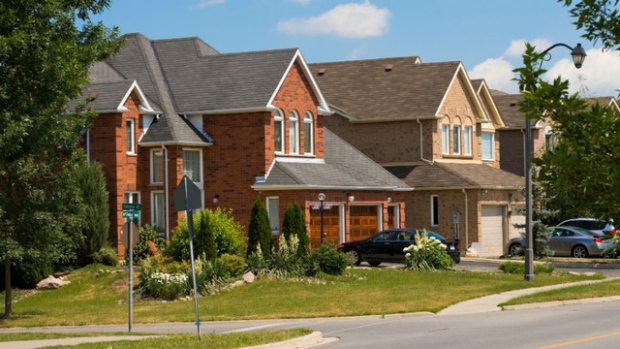 Canadians are borrowing against their homes in increasing numbers and many are not making regular payments against the principal, adding financial stress to households already carrying a record level of debt, a consumer agency warned on Wednesday.

The number of households that have taken a home equity line of credit (HELOC) on top of their mortgage has soared nearly 40 per cent since 2011, the Financial Consumer Agency of Canada said in a report that stoked concerns about consumer debt linked to Canada's slowing housing market.

"At a time when consumers are carrying record amounts of debt, the persistence of HELOC debt may add stress to the financial well-being of Canadian households," the agency's commissioner, Lucie Tedesco, said in a statement.

"HELOCs may lead Canadians to use their homes as ATMs, making it easier for them to borrow more than they can afford," she added.

Outstanding HELOC balances reached $211 billion in 2016, according to the report. There are about three million HELOC accounts in Canada, with an average outstanding balance of $70,000.

Canada's debt-to-income ratio has risen to record levels in recent quarters to levels surpassing those seen in the United States prior to the 2008-09 housing crash, and policy-makers have repeatedly warned that households are vulnerable to an unforeseen event or economic shock.

The report by the consumer agency showed some 40 per cent of consumers do not make regular payments toward their HELOC principal, and most consumer do not repay their HELOC in full until they sell their home.

It said banks and other lenders are increasingly offering readvanceable mortgages, which combine term mortgages with HELOCs and other credit products, to customers. The complexity and risks of such products are often not well understood by indebted consumers, the agency said.

"Banks reported to FCAC that a readvanceable mortgage is now the default option offered to credit-worthy mortgage customers with down payments of at least 20 per cent," the report noted.

Canada's long housing boom and double-digit price gains in cities like Toronto and Vancouver have led to fears of a housing bubble. But the country's big banks and federal policymakers have often said Canada does not have much of a subprime mortgage market or the kind of innovative credit products that came back to haunt borrowers in the U.S. housing crash.