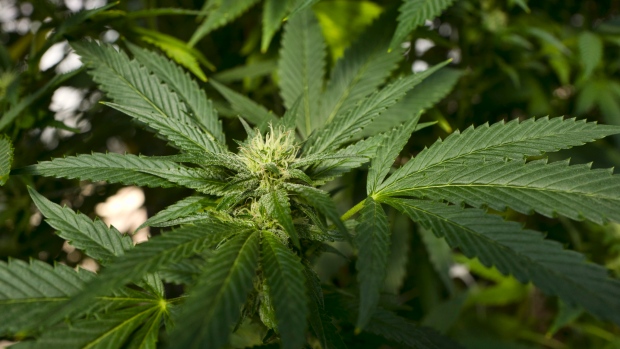 This Sept. 11, 2018, file photo, shows a marijuana plant at in the coastal mountain range of San Luis Obispo, Calif. , The Canadian Press

A pair of U.S. states moved closer to legalizing recreational cannabis in their respective jurisdictions. New Hampshire’s state House voted in favour of of a bill that would legalize the sale and possession of up to one ounce of recreational marijuana on Wednesday. The law would also approve a commission that would set regulations on sales. The bill now heads to a House committee before a potential final vote. The state’s governor has promised to veto the bill if it passes. Meanwhile, Florida’s House filed a bill on Tuesday to legalize recreational marijuana as well as provide guidelines on how to licence the sale and production of legal cannabis.

The popularity of cannabis stocks in Canada continues to grow as three pot producers may soon join the S&P/TSX Composite Index after the it undergoes a quarterly reconstitution to determine what firms should make the cut. The potential addition of the likes of Hexo, CannTrust and The Green Organic Dutchman - alongside current components Aurora, Aphria and Canopy Growth - would reaffirm the broad growth of the cannabis sector within the 239-member index. It also comes as Hudson’s Bay, Canada’s oldest company, may find itself too small to belong to the index, the Globe and Mail reports.

With legal pot now in the books, Canadian Public Safety Minister Ralph Goodale stated Wednesday he plans to introduce a legislation that would expedite the processing of no-cost pardons for people with minor cannabis-related criminal records. That is welcome news to the more than 500,000 Canadians who – according to a 2014 study - have a criminal record for having pot on their person, the CBC reports. It currently costs $631 and a waiting period of five years for a Canadian with a criminal record to apply for a pardon.

Choom Holdings announced Wednesday it will acquire Clarity Cannabis MD in a cash-and-stock deal. Choom will pay $2.5 million in cash and about 8.9 million shares to Clarity for its 30 locations, which includes three licensed cannabis stores in Alberta and an additional seven still awaiting licences. Prior to the acquisition, Clarity currently has 11 development permits awaiting construction, with six stores to commence construction, and nine stores completed. Meanwhile, Calgary-based retailer High Tide announced it opened its 10th Canna Cabana retail store in Alberta. The company also recently signed letters of intent to open two pot shops in Saskatchewan and another two in Ontario.

“There’s way too much money chasing way too little revenues.”
– Ryan Bushell, president at Newhaven Asset Management, on whether he recommends investing in cannabis producers to his clients. 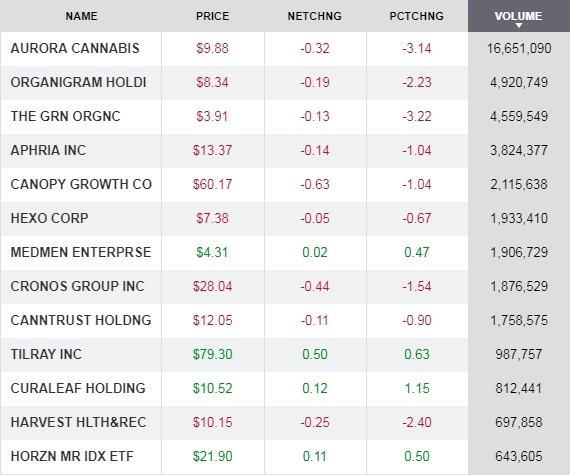