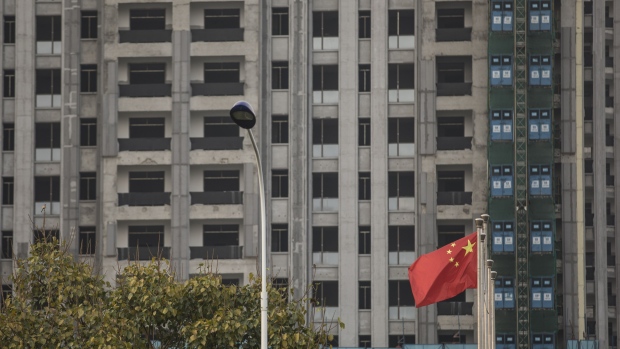 (Bloomberg) -- China home-price growth slowed for the first time in five months in July, as authorities maintained a more measured pace of monetary easing and clamped down on speculative demand.

With the economy five months into reopening from the coronavirus lockdown, the property market has shaken off the pandemic’s effect to surpass year-earlier levels. Credit easing by the central bank, the further relaxing of passport-style regional permits and a renewed fear of missing out have combined to stoke home purchases beyond the nation’s biggest hubs.

S&P Global Ratings on Wednesday upgraded its outlook on China’s residential sales in 2020 to as much as 5% growth, a sharp reversal from its earlier forecast of a 15% decline.

The steady rebound has prompted a fresh wave of property curbs from authorities, along with policy makers’ broader shift away from crisis-mode stimulus.

In July, at least five so-called tier 2 cities banned more prospective home buyers from purchases. The heaviest move came in Shenzhen, where even a local resident is now required to pay tax for three years before being allowed to buy a residence.

The uncertain policy environment may help spur “a new round of price cuts” in the next two months, Nomura Holdings Inc. property analyst Leif Chang said before the data was released.