China’s ambassador to Canada warned that excluding Huawei Technologies Co. from its next-generation wireless network will have repercussions.

Speaking to reporters in Ottawa, Ambassador Lu Shaye said there is no evidence that Huawei represents a national security risk and he hopes the Canadian government will make a “wise decision” in allowing the company’s equipment to be used in so-called 5G networks.

The comments came at a rare press briefing by China’s top diplomat in Canada amid escalating tensions between the two countries. Prime Minister Justin Trudeau’s envoy to Beijing said Wednesday that China’s international reputation is suffering as a result.

Canada is navigating what Foreign Minister Chrystia Freeland has described as a “difficult moment” with China, six weeks after the arrest of Huawei Chief Financial Officer Meng Wanzhou in Vancouver on a U.S. extradition request. China has since detained two Canadians over alleged national security threats, moved to execute another for drug smuggling and mocked Trudeau in daily news briefings.

Lu said that Meng -- who is living a comfortable life while out on bail -- is innocent and the case is politically motivated. He also defended the detentions of Canadians, saying they weren’t retaliatory and that China is a rule-of-law nation.

But the Chinese ambassador warned the feud was having an impact on trade relations between the two countries, though he expressed optimism talks on the file could resume once the conditions improve. The two countries had been holding exploratory talks on a potential free trade agreement.

Lu said he believes Meng’s case should be resolved soon, and the Huawei executive will be released. In an email to Bloomberg, a Canadian justice ministry spokesman said the U.S. has yet to make a formal request for extradition and has until Jan. 30 to do so. 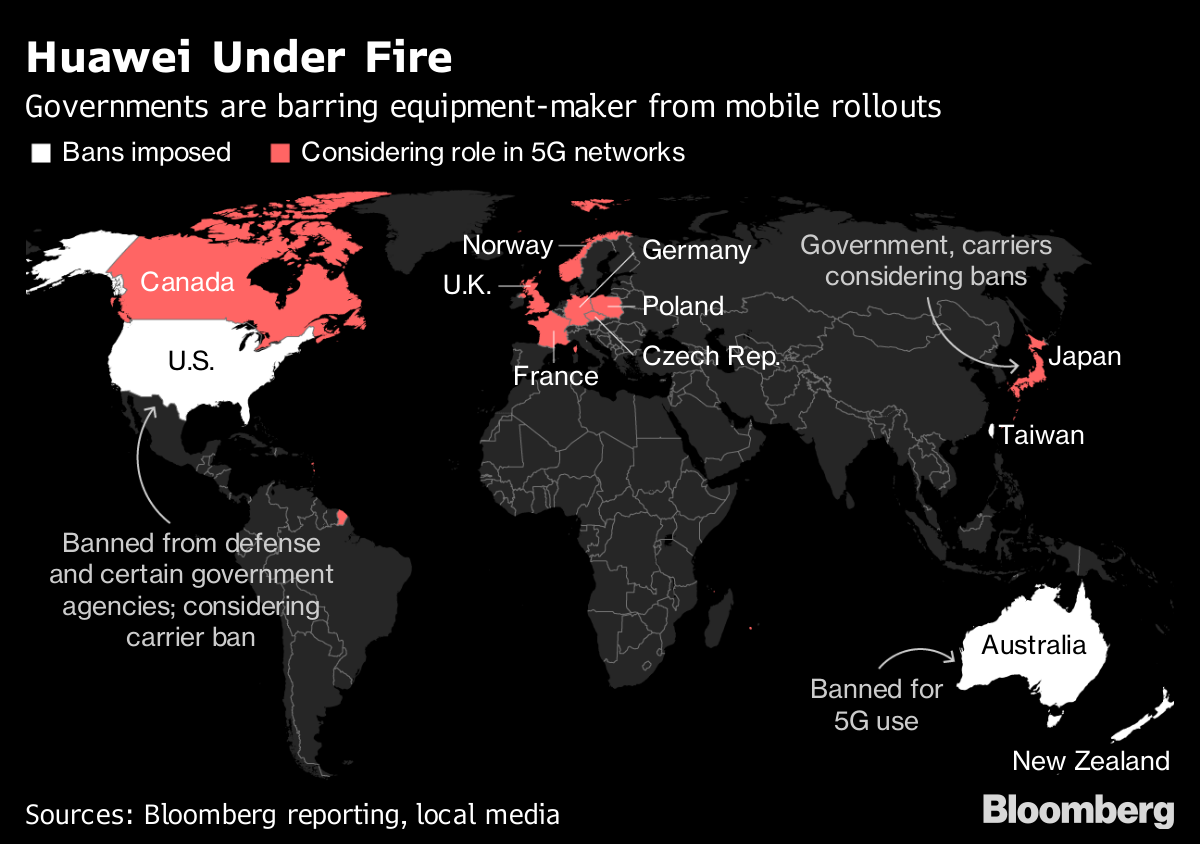 Huawei already faces bans of varying degrees in Japan, Australia, New Zealand and the U.S. over fears that China’s government could use its systems to spy on other countries. British officials are said to have concluded in their latest review that the telecom giant has failed to improve its equipment and software, putting U.K. national security at risk.

Trudeau, asked in December about Huawei’s potential access to 5G networks, said the Canadian government would exercise diligence in its decision.

“It shouldn’t at all be a political decision made on how we engage, but a decision made by experts and a decision based on recommendations by our intelligence and security agencies,” the prime minister told reporters in Ottawa.