CN Rail (CNR.TO) is hunting for a new chief executive officer after the abrupt exit of Luc Jobin.

Jobin is being replaced on an interim basis by Chief Marketing Officer Jean-Jacques Ruest until a permanent chief executive is selected.

CN didn't directly address why Jobin is being replaced. However, it acknowledged operational setbacks that it has been experiencing since the fall. Indeed, the company’s operating ratio – a key gauge of efficiency – hit 60.4 per cent in in the fourth quarter, a nearly four-percentage point deterioration.

Despite the challenging circumstances, CN reaffirmed its full-year-profit forecast on Monday.

"The board believes the company needs a leader who will energize the team, realize CN’s corporate vision and take the company forward with the speed and determination CN is known for,” Chairman Robert Pace said in a press release.

“Mr. Ruest is well known to customers and investors, and is well positioned to focus the company and its very experienced and proven team of railroaders to rapidly address operational challenges during the transition.”

Jobin had been in the top job at CN since July 1, 2016, when he took over from previous CEO Claude Mongeau. CN's stock rose 27 per cent during Jobin’s time as chief executive.

Prior to being named CEO, Jobin had served as CN's CFO since 2009, having joined the rail company after holding senior positions at Imperial Tobacco, British American Tobacco, and Power Corp. 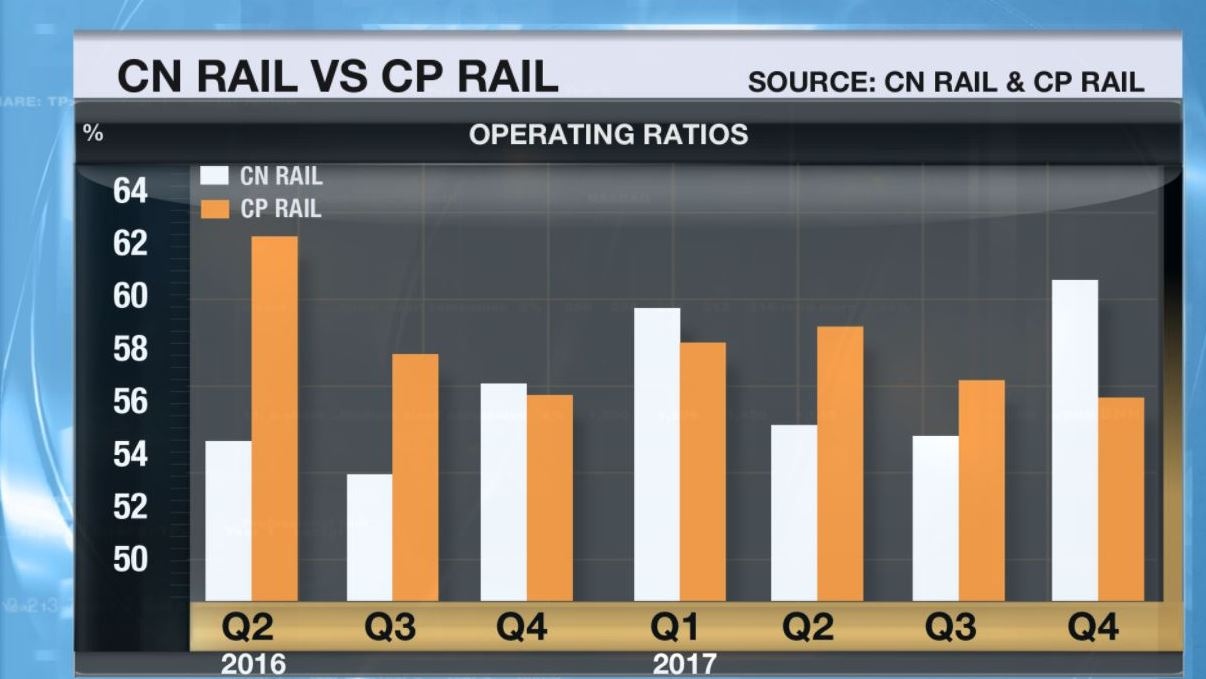