Follow the money, it's ok to be invested right now: Bullseye Brief founder

Coinbase Global Inc. is on pace to end its first trading week on a high note despite being unable to draw the level of investor enthusiasm seen after its direct listing on Wednesday.

The biggest U.S. cryptocurrency exchange, with a market value of roughly US$68 billion, came roaring back after another bullish review from Wall Street analysts, and even amid weakness for cryptocurrencies including Bitcoin.

Loop Capital Markets analyst Kenneth Hill became the latest analyst to advise clients to buy shares of the exchange, highlighting “lots of runway” for the company ahead of a “takeoff.” Hill is the fifth analyst to rate the shares at a buy; however, his US$394 12-month price target is the lowest on Wall Street. 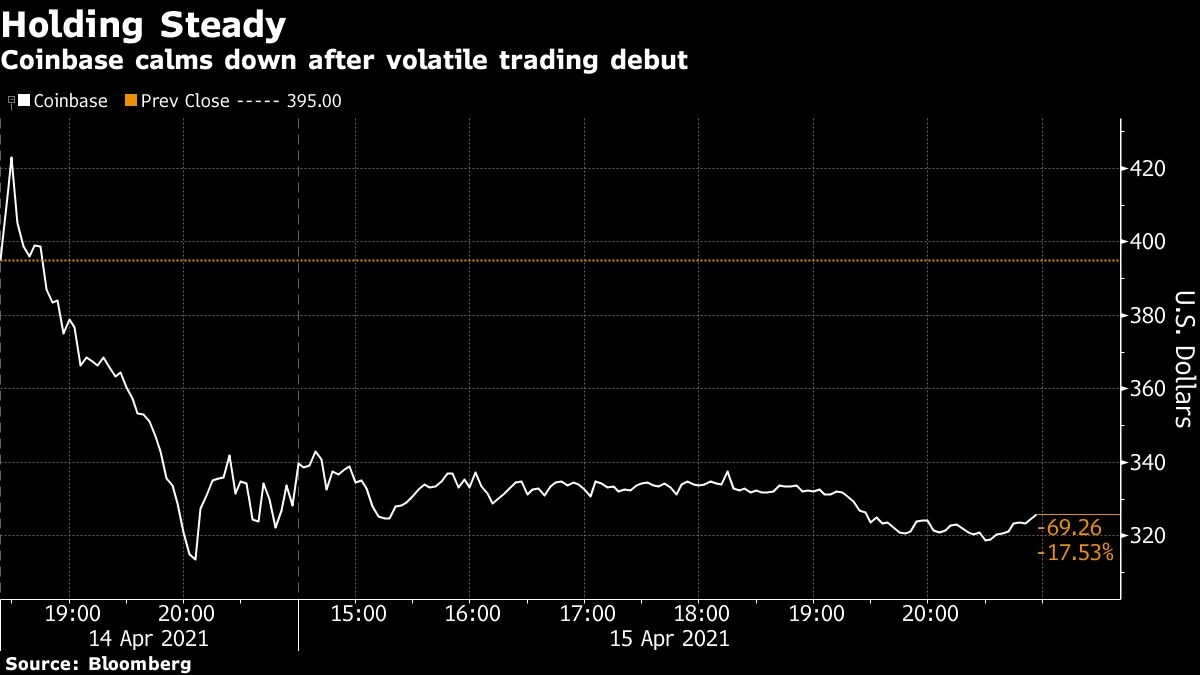 Skeptics have warned of risks ranging from growing competition to Bitcoin’s volatility, but some investors see opportunity. Cathie Wood’s funds have snapped up about US$352 million worth of shares over two days and there are expectations for the company to become a staple in money managers’ portfolios.

“Coinbase’s market valuation may seem excessive to some given the prospects of increased competition in digital wallets business, which should rapidly eat into Coinbase’s sweet profit margins,” Ipek Ozkardeskaya, senior analyst at Swissquote, wrote in emailed comments. “On the other hand, the competition is not here yet, while large trading volumes continue boosting Coinbase’s revenues for the moment.”

All five of the analysts that cover the company rate it at a buy, with an average price target of US$521, implying shares have another 60 per cent to run from Thursday’s close, data compiled by Bloomberg show.

DA Davidson analyst Gil Luria raised the firm’s price target to a Street-high of US$650 and touted the company’s “regulatory-friendly” approach to the nascent market.