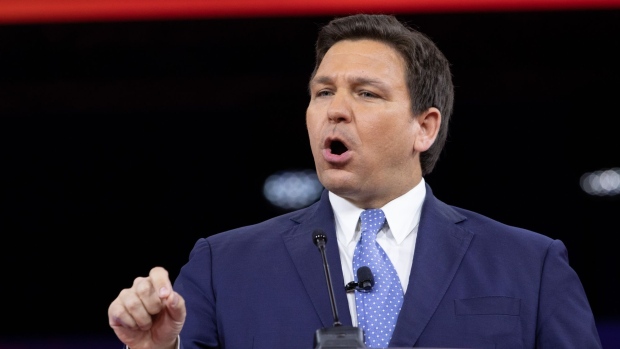 (Bloomberg) -- Florida Governor Ron DeSantis said the state is working on a plan to let businesses pay tax in cryptocurrency.

“I’ve told the state agencies to figure out ways, where if a business wants to pay tax in cryptocurrency to Florida, we should be willing to accept that,” DeSantis said Tuesday at a press conference. “We’re working through that.”

DeSantis has been embracing the state’s reputation as an emerging hub for crypto investment, with companies including Blockchain.com opening up offices in Miami. In December, he proposed a program to let businesses pay state fees in digital currencies.

Miami Mayor Francis Suarez also has embraced the tokens, saying last year he would receive his paycheck in Bitcoin.

DeSantis, a potential 2024 Republican presidential candidate, noted the difference between the decentralized nature of Bitcoin and what would be government-controlled digital currencies. He said he was concerned about an executive order signed by President Joe Biden on March 9 that called on federal agencies to research a number of topics including the pros and cons of a government-launched U.S. digital currency.

“There’s a difference between a decentralized digital cryptocurrency like a Bitcoin and what some are talking about doing at the federal level to convert U.S. dollars into basically a digital currency,” DeSantis said. “I think there’s a lot of hazards with that, when that’s centrally controlled. I worry about the amount of power that that would give someone in a central authority to basically be able to shut off access to purchasing certain goods. We’d be in uncharted territory.”